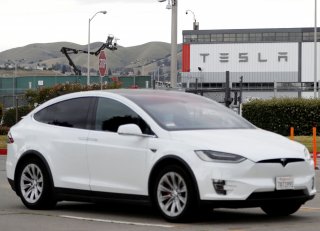 Throughout Tesla’s long rise, one thing the electric car company hadn’t done, until recently, was gain the ability to deliver cars in Michigan, the historical home of the American automotive industry.

Tesla is, of course, an American car company itself, but Michigan was among the states in which the law prevented car manufacturers from selling directly to the consumer, as they are required to go through dealerships.

Tesla’s business model, unlike the vast majority of the car industry, has always been for the company to sell direct to the consumer. Therefore, Michigan residents seeking to buy a Tesla not only had to travel to another state, but would also have to go out of state for servicing.

In 2016, per USA Today, Tesla filed a lawsuit against Michigan state officials, who had denied the company a dealership license, following a failed legislative effort to change that law.

In January, state Attorney General Dana Nessel—who made news last month when she stated that President Trump was no longer welcome in the state of Michigan—announced a settlement with Tesla that would pave the way for the company to operate in the state.

“Today the state of Michigan defendants Secretary of State Jocelyn Benson and Attorney General Dana Nessel filed a stipulation to dismiss with Tesla that recognizes that any Michigan resident may lawfully buy a Tesla and have it serviced in Michigan,” the statement from the attorney general said.

“The stipulation acknowledges that Tesla may: operate under existing Michigan law; sell cars to Michigan customers as long as the sales contract indicates the sale took place in a state other than Michigan; and, indirectly own service and repair facilities in Michigan through a subsidiary, Tesla Michigan.”

This week, per Electrek, such deliveries have begun. Tesla is not allowed to have a dealer license in the state, but it is allowed to “sell and service to customers in Michigan through legal loopholes, like registering cars from another state for deliveries and having a wholly owned subsidiary perform service.”

That report also said that the incumbent auto industry in Michigan, of Ford, General Motors and Chrysler, “are rumored to have been involved trying to stop Tesla to sell in Michigan,” something that Tesla themselves alleged in the lawsuit.

Tesla, as of earlier this month, is now the world’s most valuable automaker, in terms of market capitalization. The company also recently announced a price cut for some of its models.