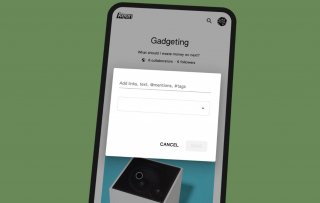 At the end of June, Google launched a new product, somewhat quietly, that they call Google Keen. The feature is somewhat similar to Pinterest, in that allows users to create boards related to their interests, except with more of an AI component.

According to a June 18 blog post by CJ Adams, the founder of Keen, Keen is an “experiment,” which was built out of Area 120, which is Google’s name for its “workshop for experimental projects.” Keen is both the name of the project itself, and of the individual projects (“keens”) that are created.

“On Keen, which is a web and Android app, you say what you want to spend more time on, and then curate content from the web and people you trust to help make that happen,” Adams’ blog post said. “You make a ‘keen,’ which can be about any topic, whether it’s baking delicious bread at home, getting into birding or researching typography. Keen lets you curate the content you love, share your collection with others and find new content based on what you have saved.”

For each Keen, Google uses both Google search and machine learning to “to remain on the lookout for helpful content related to your interests.”

Keen is not available in Apple’s App Store and appears to be a Google-only product for now.

At the time of the launch, The Verge raised questions about what Google will be doing with the data from the project.

“The company has never been able to break into the social space, a venue of online activity that generates scads of lucrative data for targeting ads. A Pinterest-style social network would really allow it to hone in on users’ interests and gather this information. And it does seem that data collected by Keen is being collated with everything else Google knows about users.

Google’s attempts at social media launches in the past, most notably Google Plus, have not been successful.

The parent company of Google, Alphabet, announced its second quarter earnings last week. While the company’s numbers were above analyst expectations, the company also posted its first year-over-year revenue decline in the history of the company.

The company posted a net income of $6.9 billion in the quarter, compared with $9.9 billion at the same time the year before.