Google's Nightmare: Is Apple Preparing to Launch Its Own Search Engine? 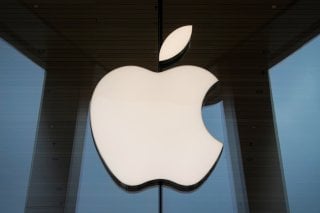 In recent weeks, a couple of developments have brought attention to Google’s search engine, and its dominant position. The Department of Justice and eleven state attorneys general, on Oct. 20, brought a lawsuit against Google, in order to “stop Google from unlawfully maintaining monopolies through anticompetitive and exclusionary practices in the search and search advertising markets and to remedy the competitive harms.”

The DOJ compared this effort to high-profile actions that were taken against AT&T, starting in the early 1970s, and against Microsoft, in the 1990s, in using the Sherman Act to go after high-profile companies.

Among Google’s alleged misdeeds, per the DOJ, is that the company has entered into “long-term agreements with Apple that require Google to be the default—and de facto exclusive—general search engine on Apple’s popular Safari browser and other Apple search tools.” The New York Times recently put the annual amount of money Google pays Apple annually for that exclusive right at between $8 billion and $12 billion. DOJ compared that to deals made by Microsoft, in the 1990s, which was at the crux of the government’s case against that company in the 1990s.

Now, there are reports that Apple, in the event that they are forced out of that arrangement, could be taking steps to launch a search engine of its own, to compete with that of Google.

The Financial Times reported Wednesday that Apple is “stepping up efforts to develop its own search technology.” The new iOS 14, per the report, contains an internal web search capability called Applebot, which could “form the foundation of a fuller attack on Google,” the report stated.

Apple is known to have hired John Giannandrea, the former head of Google search, in 2017, although he works on Apple’s machine learning efforts.

The Financial Times reported that the new technology will give Apple the option of launching its own search engine, in the event that the DOJ suit blocks Apple and Google’s current search deal. The launch of a new engine, the report said, would likely take many years.

“As alleged in the Complaint, Google has entered into a series of exclusionary agreements that collectively lock up the primary avenues through which users access search engines, and thus the internet, by requiring that Google be set as the preset default general search engine on billions of mobile devices and computers worldwide and, in many cases, prohibiting preinstallation of a competitor,” the DOJ complaint said.