The Great Google Glitch of 2020 Is Now Fixed 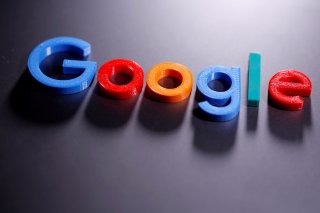 Google on Monday afternoon suffered some sort of massive glitch, Search Engine Journal reported. It was believed, as is usually the case when there’s been a big and sudden change to Google results, that an algorithm update had arrived, but that does not appear to have been what happened Monday.

The problem has since been fixed, but it appeared to have affected search traffic worldwide for a matter of hours.

“I don't have all the details yet, but it seems like this was a glitch on our side and has been fixed in the meantime,” John Mueller, a webmaster and trends analyst for Google, tweeted Tuesday morning. “If someone could fix the other 2020-issues, that would be great.”

Google’s Search Liason, Danny Sullivan, had not addressed the glitch as of Tuesday morning, but he did tweet Monday afternoon that he was taking the day off, and that he had “rented [a] VW bus to get desire to have one out of my system.”

Search Engine Roundtable published a tick-tock of what happened throughout the afternoon and morning, as those who follow keywords and search-engine optimization noticed that results were suddenly far from normal. A Google engineer confirmed to that site that the problem was indeed a glitch, although it hadn’t yet been specifically diagnosed. SEO expert Brody Clark was quoted on Twitter as stating that the glitch was likely in effect for around four hours.

The change, while temporary, made it clear once again just how dependent many industries, whether media or even things as esoteric as recipes, are on Google’s algorithms, and how entire business models can be upended by even subtle changes in those algorithms.

One such algorithm change is planned for next year, with Google sharing in public statements that the changes will emphasize “Page Experience,” based on Google’s Core Web Vitals. The company has also said that it will provide six months’ notice before rolling out the update. Google has also said that in the update, “we will prioritize pages with the best information overall, even if some aspects of page experience are subpar."

The subject of glitches by Google and other tech companies can also be politically fraught. When the four big tech CEOs, including Sundar Pichai of Google parent company Alphabet, testified before Congress late last month, Rep. Jim Jordan of Ohio, the ranking member of the House Judiciary Committee, accusing big tech of being “out to get conservatives,” listing several times when conservative sites or people were temporarily banned, blocked or demoted on search engines or social media sites.

"If I had a nickel for every time I heard 'it's just a glitch', I wouldn't be as wealthy as our witnesses but I'd be doing alright,” Jordan said.