Has Google Been Tracking Your App Activity? 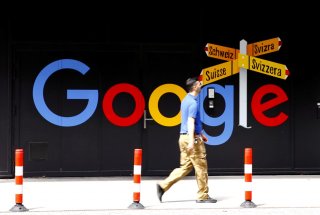 Even when following the company’s recommended user settings to stop potential monitoring, Google still records what individuals are doing on hundreds of thousands of smartphone apps, according to a lawsuit seeking class-action status.

This is the second data-privacy lawsuit filed in the past couple of months against the tech giant by the law firm Boies Schiller Flexner, on behalf of a group of individual consumers.

In the lawsuit, Google is accused of violating federal wiretap law and California privacy law by logging what people are looking at in various apps—even though users had turned off the “Web & App Activity” tracking in their Google account settings.

The data collection is allegedly occurring via Google’s Firebase, a set of software that is popular among app developers for storing data, delivering notifications and ads, and tracking clicks.

The software usually operates inside apps—and in most cases, users are unaware.

“Even when consumers follow Google’s own instructions and turn off ‘Web & App Activity’ tracking on their ‘Privacy Controls,’ Google nevertheless continues to intercept consumers’ app usage and app browsing communications and personal information,” the lawsuit says.

It also contends that Google taps into Firebase data to improve its products and personalize ads and other content.

Last month, Boies Schiller Flexner accused Google of invading people’s privacy and tracking internet use even when browsers are set to “private” mode.

Those who have used Incognito in Chrome within the past four years are eligible to join the class action. Google said that it would fight the claim.

After opening Incognito, Google displays a message that states that you can “browse privately” and confirms that other people using the device cannot see your browsing activity. While this message says that downloads and bookmarks will be saved, your browsing history, cookies, site data and form inputs will not.

According to the complaint, Google gathers data on individuals via Google Analytics, Google Ad Manager and other applications and website plug-ins, which can include smartphone apps.

This data assists Google in learning more about a particular user’s friends, hobbies and shopping habits—and even the “most intimate and potentially embarrassing things” they search for on the browser, the complaint added.

The lawsuit is seeking at least $5 billion from Google and its parent company, Alphabet Inc.