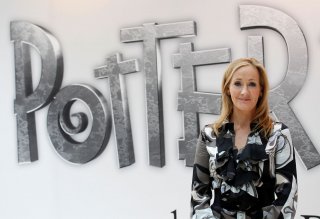 HBO Max—AT&T and WarnerMedia’s new streaming service—made its debut Wednesday, and users logging on for the first time noticed a surprise: The service, at launch, had all eight “Harry Potter” movies available for streaming.

All of the “Potter” movies, adapted from J.K. Rowling’s mega-popular series of novels, were released by the Warner Brothers movie studio, the catalog of which is providing a great deal of content to HBO Max.

However, the rights to the “digital and on-air rights” to the Potter movies were sold to Comcast’s Universal back in 2016 which, per Collider, has meant everything from the Wizarding World attraction at Universal Studios to Potter movies frequently showing up on Comcast-owned TV channels like Syfy. That agreement runs through 2025.

For HBO Max to land the “Potter” films, various pre-launch analyses said that would require an agreement between WarnerMedia and Universal to license the series for streaming. And as recently as earlier this week, it didn’t appear that any such deal would be reached in time for HBO Max’s launch. Complicating matters was that Comcast is launching its own streaming service, Peacock, this summer, and Warner would have needed to make it worth their while to not offer the Potter movies as an exclusive on Peacock.

In a Business Insider interview published earlier this week, HBO Max chief Kevin Reilly said there was “no timetable” for an agreement on “Potter,” and added that “I’ll just say there is active engagement around that discussion.”

So, it was a surprise when many users downloaded HBO Max on Wednesday morning to discover the entire “Harry Potter” series available.

There’s not been much reporting about exactly how the deal came together, and dollar amounts for this type of deal aren’t usually disclosed. But per Business Insider, the Potter movies can still air on Comcast-owned networks, while they will stream exclusively on HBO Max.

Meanwhile, WarnerMedia was not able to reach a deal with Roku or Amazon to make HBO Max available on those platforms prior to launch. With Roku, the sides had reportedly been in talks in the days leading up to HBO Max’s arrival.