HomePod vs HomePod mini: How Do They Stack Up? 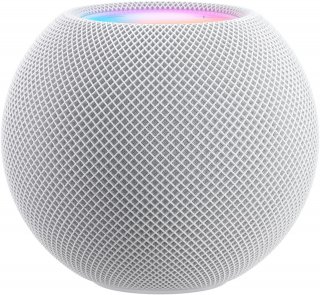 The introduction of the new iPhone 5G models got much of the attention, but the “Hi, Speed” event held by Apple on Tuesday included another new product launch: That of the HomePod mini, the latest speaker in the company’s HomePod line, and the first new HomePod since the original HomePod speaker hit the market in 2018, the year after it was first announced.

The main differences between the original HomePod and the HomePod mini are that the new one is both smaller and cheaper, with a height of just 3.3 inches and a price of $99. The HomePod mini joins the Mac mini, the iPad Mini, the new iPhone 12 mini and the old iPod mini as Apple products given “Mini” names.

“HomePod mini has everything customers want in a smart speaker — amazing sound for listening to music, a world-class intelligent assistant that delivers a personal experience to each member of the household, and like every Apple product, it’s designed with privacy and security in mind,”  Bob Borchers, Apple’s vice president of Worldwide Product Marketing, said in Apple’s announcement.

“HomePod mini is the ultimate smart speaker for anyone with an Apple device. It works effortlessly with iPhone to hand off music, answer calls, or deliver personalized listening suggestions, elevates the sound from Apple TV, plays music from a Mac, and so much more. There’s a lot of Apple innovation packed into such a small speaker, all at an affordable price.”

Apple, at the event, also introduced a new feature called Intercom, which will work with most types of HomePod speakers, and allows Apple device users to communicate to all of their family’s Apple devices at once.

HomePods are smart speakers, part of a category, like Amazon’s Echo and Google’s Nest, that entail users getting the speaker to play music by speaking into it. The category has changed the way a lot of people engage with music and other audio, although unlike with the breakthrough of the iPod two decades ago, Apple was not at the forefront of that particular change.

The new HomePod is part of Apple’s effort to increase its share in the smart speaker market, a category where, unlike so many others, Apple hasn't ever dominated. According to Strategy Analytics data released earlier this year, the HomePod took just a 4.7 percent share of global smart speaker market in the fourth quarter of 2019.

That was good for sixth place, with Amazon in first place with 15.8 million units sold and 28.3 percent of the market, while Google was second with 13.9 million and 24.9 percent. Three Chinese brands, Baidu, Alibaba and Xiaomi, took the next three spots, ahead of Apple. The speaker market is also one is that is growing rapidly, with sales in the category having risen 70 percent between 2018 and 2019.

Apple had gotten off to a late start in the speaker market, with Amazon debuting the Echo in 2014, and Google jumping into the smart speaker category in 2016. The first Amazon HomePod arrived in 2018. There’s also been some concern raised, as laid out in a report two years ago by The Information about internal turmoil on Apple’s Siri team, that Siri hasn’t been as effective as Amazon’s Alexa and other voice assistants that power the most popular smart speakers.

Apple will continue to sell the original HomePod. So, those looking at which speaker to buy will have choices. What are the key differences between the first HomePod and HomePod mini?

The HomePod is by no means a notably large speaker, but the HomePod mini is considerably smaller.

Both versions of the HomePod are available in the same two colors: White and Space Grey, and both use the same mesh exterior. The shape of the new speaker, however, is different. In addition to being shorter, the HomePod mini has more of a curve to it.

Both devices can source music and other audio from multiple places, including Apple Music, Apple podcast the user’s iCloud music library, their iTunes purchases, a variety of Internet radio stations from TuneIn, iHeartRadio, and radio.com, and other things via AirPlay.

While HomePod long did not allow third party music, Apple announced this summer at the WWDC that it will begin doing so starting this year. This will include Pandora and Amazon Music, but not Spotify, at least as of now.

This might be the biggest difference of all. The HomePod costs $299 — after it was priced at $349 upon its initial release — while the HomePod mini is listed at about a third of the current HomePod price, $99. This is significant, in fact, because the original HomePod costs a lot more than most of its competitors do, while the HomePod mini is priced more in line with them, and even beats them in price in some cases.