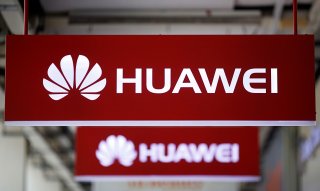 Huawei may be all but completely banned in the United States, but that didn’t stop the Chinese brand from taking over the lead in the global smartphone market in the second quarter. The quarter was marked, overall, by a huge decline in smartphone sales, brought about by the coronavirus pandemic.

According to figures released late last week by the International Data Corporation (IDC) Worldwide Quarterly Mobile Phone Tracker, Huawei sold 55.8 million smartphones in the second quarter, for an even 20% of the global market, despite posting a 5.1% year-over-year decline in sales.

Samsung was second, with 54.2 million smartphones sold, and a 19.5% market share. Apple was third with 37.6 million and 13.5% (although Apple actually posted an increase in phones sold, thanks to both the popularity of last year’s models and the success of the new iPhone SE, which launched in the second quarter).

Xiaomi was fourth in the rankings, followed by Oppo. Apple was the only brand listed that didn’t post a decline year-over-year, while all brands besides Apple and Huawei posted double-digit declines.

Canalys, the other firm that measures quarterly global smartphone sales, came up with similar results. They also had Huawei taking the top spot, with Samsung second and Apple third, and they also saw Apple as the only company in the sector that showed growth in the quarter.

“Smartphones shipments suffered a huge decline in Q2 as they directly correlate to consumer spending, which had a massive reduction due to the global economic crisis and rising unemployment brought on by the widespread lockdowns,” Nabila Popal, research director with IDC’s Worldwide Mobile Device Trackers, said as part of the announcement.

“This, combined with the closure of retail stores, especially in regions where online shopping is less common, compounded the negative effect on smartphone sales. In addition, consumers spent significantly other technologies, such as PCs, monitors, and tablets, to facilitate mandatory work from home and distance learning, leaving an even smaller share in the shrinking consumer wallet for smartphones.”