The iPhone 13 is Here—And So Are the Reviews 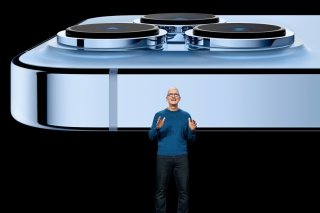 Apple announced the new iPhone 13 lineup last week at its California Dreaming event, and now, ahead of its release, the first reviews have been published.

The Verge reviewed the iPhone 13 Pro specifically, and called the 13 Pro and 13 Pro Max “phones designed for people who care about the details.” The review went on to praise the changes, that most reacting to the news devices have described as incremental.

“I’ve only had the phones for a little less than a week, so I focused most of my use on the smaller iPhone 13 Pro as a kind of worst-case test. And my results are in line with Apple’s claims. On a day when we really pushed the phone with lots of 4K video and max brightness on the screen, it still lasted from early morning to 11:00 PM with twenty percent remaining—with somewhere north of four hours of very heavy use in the screen time tracking app. A day with less intense usage clocked me at seven hours of screen on time before the low battery warning kicked in.”

The Verge review also praised the “confident” camera and the new Cinematic Mode.

“Either way, when you start to pay attention to the details, prepare to be impressed.”

“After spending nearly a week testing all four iPhone 13 models, I can say they’re great iPhones with noticeable forward strides, especially in battery life.” She went on to say that “Apple did make improvements in areas that matter most to us—cameras and battery life—but for many people, the improvements aren’t big enough to toss their recent phone to the curb.”

Stern did describe the Cinematic Mode feature as a “let down,” stating that “the software struggles to know where objects begin and end.”

The New York Times, in its review by Brian X. Chen, used that “incremental” word, calling the iPhone 13 “the most incremental upgrade ever.”

“After so many advances, the miniature computers have reached incredible speeds, their screens have become bigger and brighter, and their cameras produce images that make amateur photographers look like wizards,” Chen writes. “The problem with so much great innovation is that upgrades are now so iterative that it has become difficult to know what to write about them each year. That’s especially the case with Apple’s iPhone 13, which may be the most incremental update ever to the iPhone.”

And CNN reviewed the iPhone 13 and 13 Mini, stating that they “build on a winning formula.”

“If you’re in the market for an iPhone and have an 11 or older, now is a really ideal time to upgrade. You’d benefit from the refreshed modern flat look and score an iPhone that we’d imagine will stretch in year three or four with ease on all fronts. The A15 Bionic inside is more efficient than the A14, which delivers longer battery life,” the reviewer said. “And if you care about photography that just works, the iPhone 13 has two lenses that really let you capture some great content. If you have an iPhone 12, though, there isn’t really something glaring that you’re missing.”