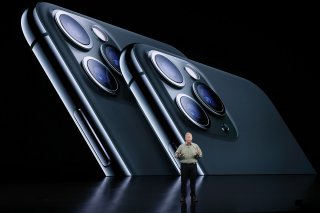 With the next new iPhone lineup set for launch this month, one analyst sees strong demand for the next device.

Daniel Ives of Wedbush Securities, in a note last month, predicted “normal” launch timing for this year’s iPhone lineup, after the launch of the 2020 cycle was delayed due to the pandemic. When last year’s lineup was announced, the first two iPhones arrived in October and the next two in November.

“From a timing perspective, we believe the current iPhone 13 launch is slated for the third week in September,” Ives wrote in the note. “Asia supply chain builds for iPhone 13 are currently still in the ~90 million unit range compared to our initial iPhone 12 reads at 80 million units (pre-COVID) and represents a ~10%+ increase [year over year] out of the gates.

While Ives noted a chance of chip volatility, Ives predicted that the current product cycle will benefit from a “reopening environment.”

“With roughly 20 percent of upgrades anticipated out of China, we are continuing to see robust demand in this key region which bodes well heading into the iPhone 13 upgrade cycle,” Ives wrote in the note. “In a nutshell on the iPhone front, we believe the robust consumer product cycle continues globally for Cook & Co. especially with today roughly 250 million of the current 975 million iPhones not upgrading their smartphones in over 3.5 years based on our analysis, speaking to massive pent up demand within Apple's installed base.”

The Samsung Galaxy S21 Ultra 5G, with 3 percent, was the highest-ranking non-iPhone, with the iPhone 12 Mini coming in with 2 percent.

“In some regions, consumers preferred to buy higher variants of the devices. The iPhone 12 Pro Max was the best-selling model in the US. The S21 Ultra 5G also sold more than the lower variants in the US and Europe. The S21 series, which was launched at cheaper prices than the S20 series, was also supported by strong carrier promotions,” Counterpoint said in its report.