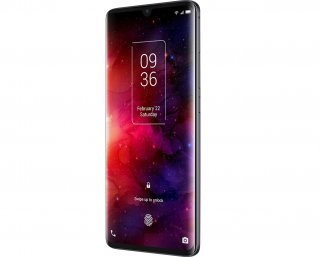 Chinese tech giant TCL is more well known for its strong lineup of budget and mid-tier HDTVs, but it is also trying to gain some global traction in the smartphone market.

It appears that the company has found a winner with its 10 Pro—which was released in late spring—and can now be had for a bargain-bin price of $380 (be sure to clip the coupon) on Amazon.

This particular model, often seen as a strong competitor to the Samsung Galaxy A line and the iPhone SE, is perfect for those who want to stay in the Android universe and not break the bank—but know that it still packs plenty of punch.

What immediately strikes you is the highly attractive sleek and modern design. And the screen—a curved 6.47-inch AMOLED display—that it contains is immersive, vibrant, and sharp, perfect for watching TV shows and movies and scrolling through social media sites. You can also rest easy knowing that the display has full-HD resolution and HDR 10 certification.

Also know that multitasking likely won’t be an issue, as the 10 Pro boasts the Qualcomm Snapdragon 675 processor and the 6 GB of RAM is more than enough for everyday usage. Even while gaming, the experience is excellent overall despite sometimes stretched out load times. There’s also 128 GB of storage, of which 113 GB is available out of the box.

The 10 Pro features a healthy set of cameras that can get the job done—just not on the levels of higher-end and more expensive smartphones out there. The quad-lens camera system combines a 64-megapixel primary wide-angle shooter with a 16-MP ultrawide one, a 5-MP macro camera, and a 2-MP sensor that is more for low-light shots. Not to be outdone, your selfies will be taken by a 24-MP camera.

For some people, the camera lenses ramp up the saturation too much, which do provide plenty of color, but the end result is that photos often lose its more lifelike aspects. Still, for a sub-$400 phone, it’s hard to be too critical of the cameras.

If you’re worried about getting through a full day without charging your smartphone, you can rest assured that the 10 Pro will surpass your expectations. TCL’s offering comes with a generous 4,500-mAh battery that has been shown to keep the device running for eleven to twelve hours—that’s markedly better than the Galaxy A51 and iPhone SE. However, be aware that wireless charging is not supported.