The Largest Tech Show, International CES, Will Happen in Person in 2021 Claim Organizers 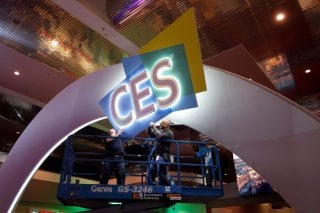 Amid the coronavirus pandemic, one thing that’s seen many cancellations is large in-person conferences and trade shows. South by Southwest, in March, was among the first major events that were canceled, and since then, various significant events on the annual tech calendar, including Apple’s World Wide Developers Conference, Google I/O, and several Microsoft events have either been canceled or moved online.

The largest tech conference of all, and indeed the largest trade show in the world, is International CES, which takes place every January in Las Vegas. It’s where most of the world’s top electronics brands, including most major manufacturers of TVs, introduce their products for the year, while also rolling out new technologies that often end up ubiquitous many years later.

As an event that often attracts over 100,000 people from all over the world, into an enclosed indoor space, it’s often been assumed that CES can’t happen next January in 2021, barring some breakthrough with a vaccine.

But the Consumer Technology Association, which owns and produces CES, shared this statement on its website Wednesday, saying that it is planning to produce an in-person CES event in January 2021. However, the event will contain “a wider selection of livestreamed CES content, along with many other engaging digital and virtual opportunities,” indicating some type of hybrid approach in which a physical CES happens with those who choose not to travel participating virtually.

“Planning for CES 2021 is underway,” said a statement on the CES website. “Once again, we are focused on bringing you the most influential tech event in the world. Major brands are committed for the show, and we look forward to announcing another slate of top-tier speakers.

The previously announced dates for CES 2021 are January 6-9. According to Variety, dates for next January’s event will be announced later this summer, although the CES website says they will remain in January, a least as of now.

There’s been some speculation, per the Las Vegas Review Journal, that coronavirus may have been spread to some degree at this past January’s CES, which drew over 100,000 attendees, including a large contingent from China. The event took place before the virus is thought to have arrived in the U.S. Over the years, it’s been a frequent occurrence for CES attendees to get sick, often from such close proximity and such large crowds.

Editor's note: A previous version incorrectly stated that the CTA had made an accouncement about its plans to still old CES in person in 2021. The article has been updated to reflect that there was no annconcement, just a statement on their website.