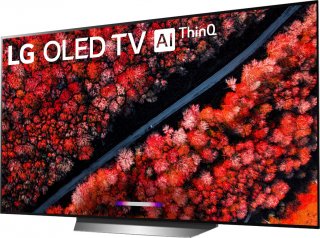 Whenever there’s a ranking of the best TVs available in the world, LG’s C9 OLED nearly always lands at, or near, the top.

Now, Tom’s Guide has picked the C9 as its choice for the top currently available TV, in its annual Tom’s Guide Awards, calling it “one of the best TVs we’re ever seen.”

“The LG C9 OLED is our favorite TV of the year even as the new 2020 TVs have come out to replace the superb 2019 model.” the site said. “But the LG C9 OLED remains our top pick for premium televisions nonetheless thanks to the superb quality offered by OLED, and an impressive feature set that still feels fresh a year later.”

The site went on to praise the TV’s picture quality, sound, smart features, Google Assistant capability and even its remote. And it noted that the price has dropped since last year, with the 2020 versions on the market. That includes LG’s first 48-inch OLED TV, the acclaimed 48CX model.

“It all adds up to make the LG C9 OLED not only a fantastic TV, but also a truly intelligent smart TV,” the site said.

Earlier in June, Tom’s Guide listed the best TVs available. While it called the LG C9 “our favorite 4K smart TV overall,” while it named the Vizio M Series Quantum the best 4K TV available for under $1,000. It also praised the Sony Master Series A9G OLED TV for “the best picture and sound quality you can get,” and the Samsung Q90 QLED TV as “the best OLED alternative on the market.”