The Making of “Frozen,” Percy Jackson, and “I’m Just a Bill”: The Best of What’s Coming to Disney+ in June 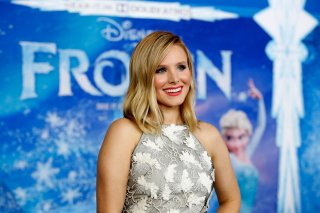 Disney+ has been a juggernaut since its launch last November, especially picking up steam due to most people being home for the last several months.

The June lineup of new offerings on Disney+ for the month of June is a bit light, but there are some intriguing titles, including a movie that was originally set for theatrical release, a 1990s animated movie, and a beloved old TV cartoon. And as soon as June as over, the service is getting the big one, “Hamilton,” on July 3.

- “Artemis Fowl” (June 12.) This adaptation of the popular fantasy novel by Eoin Colfer was originally scheduled to come out in theaters this year, but once the lockdowns went into effect, Disney moved it to Disney+. “Artemis Fowl” is directed by Kenneth Branagh, and stars Ferdia Shaw as Artemis Fowl II, a young criminal genius seeking to rescue his father (Colin Farrell.) The film also stars Josh Gad, Judi Dench, Hong Chau and Lara McDonnell.

- “Walt & El Grupo” (June 12.) It wouldn’t be Disney+ without a little Disney self-mythologizing, so Disney+ will debut “Walt and El Grupo,” Theodore Thomas’ 2008 documentary about Walt Disney’s trip to Latin America in 1941, which later inspired the early Disney animated films “Saludos Amigos” and ”The Three Caballeros.”

- “Schoolhouse Rock!” (June 19.) The popular animated educational series, which originally ran form 1973 to 1984, gave us “I’m Just a Bill” and other memorable songs. Its first season arrives on Disney+ in June, allowing its discover for a new generation.

- “Percy Jackson and the Olympians: The Lightning Thief” (June 26.) Disney recently announced a new TV series is in development for Disney+ based on the popular novel series about a group of kids whose parents are actual gods. Now, the first movie adaptation from 2010 hits Disney+ first.

- “Tarzan” (June 26.) Disney+ already has most of the Disney animated movie canon, but one thing missing at launch was “Tarzan.” The 1999 film features Tarzan, Jane and music by Phil Collins. That film and its direct-to-video sequel, “Tarzan 2,” are on Netflix currently, but will move to Disney+ in late June.

- “Into the Unknown: Making Frozen II” (June 26.) Disney famously put “Frozen II” on Disney+ months earlier than planned, due to the lockdowns, and now comes a six-part making-of documentary, which was first announced last year at a Disney investors day. All six episodes will arrive on Disney+ on the same day.