NBA League Pass Will Cost Just $28.99 for the Rest of the Season 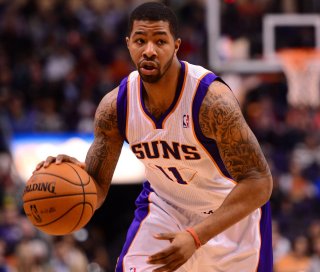 Major professional team sports, after four months out of commission, will return to action later this month, and with them will come television broadcasts of the games, as fan attendance remains verboten thanks to the coronavirus.

Local games will appear on local TV and cable channels, as usual, while occasional national broadcasts will also take place, of the MLB, NBA, and NHL. But for those seeking a wider package of all the games, they will still have the option of signing up for a special package.

The MLB Extra Innings package, which gives fans access to most out-of-market games, will sell for around $90 for the sixty-game baseball season, although that includes a subscription to the online service MLB.tv. The baseball package, in its DirecTV incarnation, cost $183, back when the season was expected to reach its usual length of 162 games.

Now, we also know what the online NBA League Pass subscription will cost—and it’s a lot less than what its baseball counterpart costs, although it’s for far fewer games.

According to TV Answer Man, the NBA is charging $28.99 for League Pass, as the league reconvenes in the “bubble” at Walt Disney World in Orlando. However, that will only cover the eight games per team remaining in the league’s regular season, and only twenty-two out of the NBA’s thirty teams are participating. Also offered is a $39.99 version without commercials.

Once the playoffs begin, the games will be shown on ABC, ESPN, and TNT. And League Pass does not include the games played by the team in the user’s home market.

The NBA played much of its season between October and March, before the season was suspended following a positive coronavirus test by the Utah Jazz’s Rudy Gobert. A game between the Jazz and the New Orleans Pelicans, on July 30, will be the first contest played when the NBA resumes its season.

In the “bubble,” the NBA is providing players with the Oura Smart Ring product, a wearable that can detect rises in temperature, which is a symptom of the coronavirus.