Nearly Half of U.S. Broadband Households Own a Smart Speaker or Display 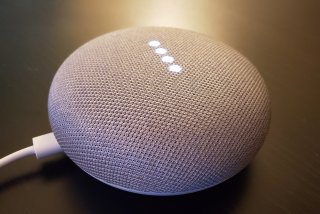 The popularity of smart speakers, such as Amazon’s Echo family of devices, has grown so much that nearly 50 percent of broadband households in the United States now have at least one smart speaker or display.

That’s according to new numbers released this week by Parks Associates.

“However, the user experience across smart speakers varies greatly, so as voice control moves into more critical use cases, such as emergency detection and response, companies will need to ensure QoS with a well-designed solution to maintain consumer confidence.”

Parks Associates and ULE Alliance will discuss the results in a webinar, Voice Controls and Smart Home: Optimizing Product Design,  on Dec. 3.

According to a report issued by Strategy Analytics in February, global sales of smart speakers reached 146.9 million units in 2019, a 70 percent increase over the year before. As of the third quarter of 2019, Amazon had 28.3 percent of the global market, with Google grabbing 24.9 percent and Chinese brand Baidu taking 10.6 percent. Alibaba and Xiaomi were fourth and fifth, with Apple sixth, with 4.7 percent.

“Consumers across the world were once again enticed by scarcely believable deals from leading brands such as Google, Amazon, Baidu, and Alibaba, while Google, in particular, stepped up its giveaway promotional activity in partnership with brands such as YouTube and Spotify,” David Watkins, director at Strategy Analytics, said in a statement.

Those market share numbers have likely changed, however, with the release earlier this fall of Apple’s HomePod Mini, which sells for just $99, a major discount over the $349 price tag for the original HomePod.

Research firm Canalys, in an October report, predicted that the global smart speaker market will grow by 21 percent in 2021, to 163 million units.

“Smart speakers continue to improve despite the simplicity of the form factor. The challenge is to bring noticeable improvements and innovation with minimal increase in costs,” Canalys Research Manager Jason Low said in a press release.

“Amazon and Google are striving to spark interest by breaking the speaker mould, each taking different design routes aimed to obtain sound quality improvements, not only with physical design changes, but also introducing additional elements of computational audio. In the future, a customer's listening experience will be increasingly adaptable and driven by AI.”