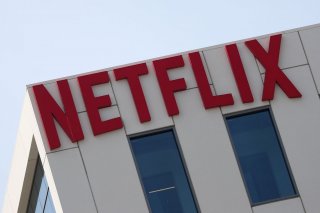 It’s well-known that since the coronavirus quarantines began, Americans have spent much more time streaming video than they typically do. And in enjoying such entertainment, technological reliability is more important than ever.

A new survey of U.S. streaming users by J.D. Power—the firm best known for its ratings of cars—found that while most of the major streaming services are highly reliable, Netflix is the most reliable of all.

According to a Variety write-up of the J.D. Power survey, which was taken April 24-26, Netflix users reported an average of 0.07 technical problems per hour, the best of the services surveyed. Next was Amazon Prime Video and Hulu, who were tied at 0.11 problems per hour, followed by Disney+ (0.12) and YouTube TV (0.13.)

Overall, users reported a total of 0.17 problems per hour across all streaming services. The survey does not take into account whether the technological problems were specifically with the services themselves, as opposed to Wi-Fi being down or other causes of outages.

There were, ironically, reports of Netflix outages over Memorial Day Weekend, per Down Detector. These outages also took place weeks after the timing of the J.D. Power survey.

The J.D. Power survey also asked users the hypothetical question of which streaming service users would keep if they could only choose one. Netflix won that one as well, with 54 percent, followed by Amazon Prime Video (17 percent), Hulu (13 percent) and Disney Plus (4 percent.)

This question did not take price into account, while every trend is heading towards users adding more new streaming services, sometimes at the expense of cable, as opposed to consolidating down to one streaming service.

Netflix was among many tech giants who agreed, back in March, to accede to a European Union request to throttle Internet speeds in that territory. Netflix never did anything similar in the U.S., and it returned its speeds in Europe to normal in mid-May, the company confirmed to FlatPanelsHD.