New Google Chromecast with Google TV: The Reviews Are In... 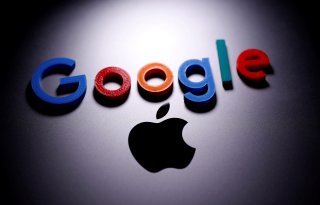 Last week, Google unveiled the latest version of its Chromecast streaming product, which is called Chromecast with Google TV. The new product, priced at $50, is more like the Roku and Apple TV than previous versions of the Chromecast, offering a remote instead of being controlled from the user’s phone.

In recent days, reviews have appeared of the new Chromecast, and they’re mixed but mostly positive.

“I’ve been mostly pleased with the new Google TV software, which puts a huge emphasis on discovery and helping you find something to watch,” The Verge said. “And the changes don’t come at the sacrifice of functionality; you can still cast content to the Chromecast from your phone, tablet, or computer—say, if a friend comes over and wants to show you a video or play a song from their phone.”

The review praised the “Excellent value for 4K / Dolby Vision / Atmos,” and its skill at aggregating content, but criticized “Occasional performance slowdowns,” the lack of home screen customization, and the lack of an Apple TV app.

The review praised the remote, the app selection (which, unlike Roku, includes HBO Max and also offers Peacock), and its “excellent use” of Google Assistant, although it panned that the device “Can lag when switching apps or using voice,” and that “Assistant doesn’t always give the best option to play back content.”

“If you subscribe to YouTube TV or are a fan of Google Assistant . . . the Chromecast with Google TV is a great pick,” CNET said. “It integrates really well with other Google services like Photos, and support for nearly all major streaming apps means it should be fine no matter what you want to watch. Having the Chromecast functionality, allowing you to cast apps from your phone, is a nice bonus, but if you’re like me, you'll stick with the remote.”

TechRadar’s review gave the device 4.5 stars out of 5 and had praise for both the Google Assistant functionality and the 4K HDR with Dolby Vision.

“The result is a retooled streaming device that might resemble its predecessors, but which offers a whole new experience that’s more user-friendly for folks who are used to using a remote control and an easily navigable interface,” the review said.

New York Times technology reporter Brian Chen was much more negative about the new device. He noted that the product requires users to upload surprising amounts of personal data in order to get the device to work—and he found the actual streaming picks hit or miss.