New Motorola RAZR, With 5G and an OLED Screen Is On the Way from T-Mobile 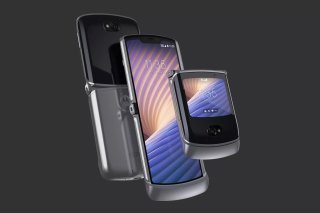 Back in the pre-smartphone days of the mid-2000s, the Motorola RAZR was one of the most popular cell phones. It was a flip phone with had a unique, thin form factor, and did it huge sales numbers, even if Motorola was never quite able to come up with a suitable follow-up to it.

Motorola has tried multiple times over the years to revive the RAZR over the years, including the Droid RAZR, which came out in 2011 and sought to compete with the iPhone by combining two of its eras of phone design.

Most recently, Motorola revived the RAZR as a smartphone once again, as a Verizon-exclusive phone that arrived in February to mostly negative reviews. “Folding flip phone flops,” The Verge wrote in its review at the time.

Now, Motorola is trying again with a new RAZR. This one is coming to T-Mobile and, unlike the one that arrived earlier this year, it has 5G capability.

“T-Mobile today announced that the new Motorola RAZR is coming to the Un-carrier, bringing more options for customers to tap into the first and largest nationwide 5G network in the US,” tech company said in a press release. “The RAZR brings back the old school flip phone now reinvented and packed with the power of 5G, tapping into T-Mobile’s LTE and 5G spectrum (600 MHz and 2.5 GHz).”

The phone features a 6.2” OLED display, features two cameras (48 MP and 20 MP), and is available in a pair of colors, Polished Graphite and Blush Gold. The phone has a listed price of $1,399.99, but no release date is listed.

The device, per the announcement by Motorola parent company Lenovo, will also be available on AT&T.

T-Mobile, following the completion of its merger with Sprint this past spring, said this summer that it is the first carrier in the United States to offer 5G in all fifty states. They made that claim after establishing service in Anchorage, Alaska, which was the fiftieth state. However, that didn’t mean it was offering 5G in every part of every state, or even close to it.

The new RAZR is not to be confused with the Motorola Edge, the latest flagship Motorola phone that was introduced this summer.

The phone is getting better-advanced buzz than its predecessor did. Engadget describes the new RAZR as “better than the original in almost every way.”

“It sports a modified design, 5G, and fixes for at least some of the issues the first model was notorious for. Mind you, it's still not a flagship phone, and at $1,400 we’re not sure it’s a great deal either. But for people who want an extremely pocket-friendly foldable that's also usable while closed, Motorola just might be on the right track.”