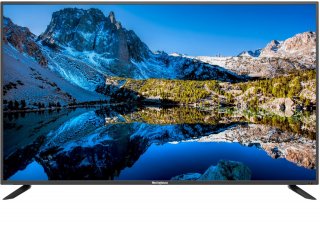 The coronavirus pandemic has caused people to adjust their TV viewing habits, with more streaming and less cable viewing, and cord-cutting trends have gone through the roof.

But however people are watching TV, they’ve been doing it on newer TVs.

After the pandemic and its associated supply chain disruptions hurt TV shipments in the first quarter, the sector has rebounded in a big way. In fact, according to numbers released this week by Trendforce for the third quarter, the overall number of 62.05 million units worldwide was the most ever.

In North America, Trendforce said, the pandemic shutdowns spurred TV sales, leading the country to post a 20 percent increase in sales over the same period the year before, in the January-August period.

TCL, according to the survey, grew to 7.33 million units, representing a 29 percent increase quarter over quarter and a 52.7 jump year over year. Samsung, Vizio, Hisense, and LG also posted growth.

Worldwide, Samsung was the leading sales leader, with 14.2 million units sold, following by LG with 7.9 million, TCL with that 7.3 million, Hisense with 5.5 million and Xiaomi with 3.3 million.

“TCL has been aggressively expanding in the overseas markets in recent years by optimizing its costs through the vertical integration of its in-house panel and TV production lines,” the report said.

In terms of prices of panels, 32-inch HD panels rose in price by 50 percent quarter over quarter, while 55-inch 4K panels jumped 41 quarter-over-quarter. However, the average overall retail price dropped 3-5 percent year over year which, per Trendforce, is “reflecting the fact that TV brands are willing to sacrifice profitability in order to reach their yearly shipment targets and increase their market shares.”

“If market demand for TVs remains high throughout the quarter, TV brands will likely continue their efforts to reach their yearly shipment targets while simultaneously expanding their market shares,” the report said.

Samsung and LG both reported earnings this week, and both posted profits. Per CNBC, Samsung posted a profit that increased 58 percent from the same quarter a year ago, although it’s unclear how well the company’s TV unit did.

As of August, Samsung maintained a lead in shipments of “Advanced TVs,” according to Digital Display Consultants’ Quarterly Advanced TV Shipment and Forecast Report. Samsung is also #1 in North America, followed by LG and Vizio.