New Versions of Wi-Fi Could Make the Internet Better for Everyone. Thank God. 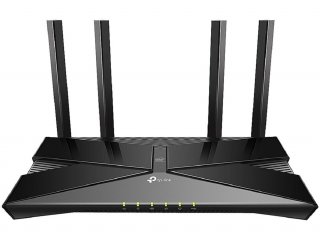 While the present capacities of Wi-Fi are stressed by the sudden influx of remote workforces, Wi-Fi 6 and 6Ghz spectrum is on the way to improve Wi-Fi performance.

That's according to The Future of Wi-Fi, a new white paper released this week by ABI Research. The paper projected that the number of Wi-Fi-enabled devices will jump from 3.3 billion this year to 4.6 billion by 2024, thanks to Internet of Things devices and other newer technologies. The paper also says that growth will be driven by the new Wi-Fi 6 standard, and the upcoming availability of Wi-Fi 6E. The FCC voted last week to let the latter go forward, and the equivalent agencies in other countries are expected to take similar measures.

“It is hard to overstate the potential that 6 GHz and Wi-Fi 6E can bring to Wi-Fi networks,”  Andrew Zignani, Principal Analyst, Wi-Fi, Bluetooth, and Wireless Connectivity at ABI Research, said as part of the release of the white paper.

While Wi-Fi is currently faced with the challenges of increased congestion, which have only been made worse by the increased video calling and streaming of the social distancing era, help is on the way in the form of the next generation of the technology.

The tremendous surge in active Wi-Fi devices at home in recent months and the resulting increase in traffic due to COVID-19 stay-at-home orders have reaffirmed Wi-Fi as a vital utility, acutely demonstrating both its importance and limitations,” Zignani added.

Wi-Fi 6, the newest generation of Wi-Fi technology, has been available since last year, although it's only in a small number of devices so far. The FCC voted on April 23 to make 1,200 Megahertz of spectrum available for unlicensed use, which includes Wi-Fi, paving the way for what's called Wi-Fi 6E.

The spectrum itself will be opened later this year, with the first Wi-Fi 6E-certified devices to follow in 2021.

Zignani pointed out, in the white paper, that the biggest barrier for the next generation of Wi-Fi rollout remains "the need to iron out various regulatory challenges and obstacles across different regions."

The ABI Research white paper can be downloaded here.