Nintendo Reports Massive 428% Surge in Profits Thanks to Coronavirus 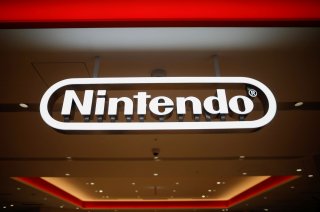 Nintendo has registered another round of blockbuster earnings, as operating profits skyrocketed 428% in the fiscal first quarter.

Proving just how much the videogame industry has financially benefited from the ongoing coronavirus pandemic, the Japanese gaming giant reported operating profit of 144.7 billion yen ($1.4 billion) in the April-June quarter, largely blowing past analyst expectations.

Meanwhile, net sales came in at 358.1 billion yen, up a robust 108% from the 172.1 billion yen the company reported in the same period last year.

The results show that even months into the global pandemic, people are still turning to the Nintendo Switch game console in huge numbers. Nintendo was able to sell about 5.7 million of the popular devices from April through June—a 167% increase year-over-year.

The game title “Animal Crossing: New Horizons,” released in late March, quickly became a mega-hit as many people had to abide by stay-at-home orders. Nintendo has now sold 22.4 million copies of the social simulation game, with units almost doubling from the previous quarter and eclipsing sales of “Super Smash Bros. Ultimate,” which was released in 2018.

“Sales of this title continue to be strong, with no loss of momentum,” Nintendo said in a statement.

The company added that the game was its best-seller this quarter, “contributing greatly to the overall growth in software sales.”

Digital sales of software climbed about 230% and accounted for 56% of overall software sales.

The Switch, first released in 2017, was sold out on various websites earlier this year as the coronavirus pandemic took hold. Then the company had to deal with production issues in factories in both China and Vietnam.

Another Japanese tech giant, Sony, reported a 1% drop in profits in its first-quarter results. Despite that decline, the company received a noticeable boost from gaming, with game sales surging 82% year-on-year to 91 million units. Overall, a record 74% were from digital downloads.