Not Good: Peacock Still Has No Deal With Roku or Amazon 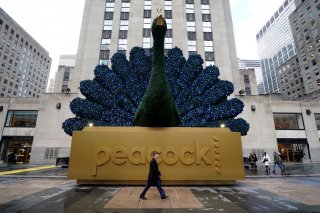 The next major streaming service, and likely the last one to be launched by a major media company, is Peacock, Comcast and NBC Universal’s service that is scheduled to launch in full on July 15, after a preview version launched for Comcast subscribers in April.

With just over a week to go before its launch, Peacock is still without a deal with Amazon or Roku, to be included on those important streaming platforms. HBO Max, which launched in late May, also lacks deals with those companies.

“When it comes to Peacock, we’ve got a very long-term strategy and vision for what we’re bringing to market,” Matt Strauss, chairman of Peacock and NBCUniversal’s Digital Enterprises, told CNET in an interview this week. “It’s not a sprint, it’s a marathon for us.”

In the interview, Strauss added that the service is unlikely to have surprise unveilings of movies that were planned for theatrical release, the way Disney+ brought out Hamilton. NBC Universal brought out Trolls World Tour, King of Staten Island, and other planned Universal releases on video-on-demand this spring.

Comcast has announced some deals with partners to carry Peacock, including Apple, Google, Microsoft, and Vizio and LG, both of which will make Peacock available on their smart TV platforms.

The company also made a deal with ViacomCBS to license some legacy content from that company, to go with such core offerings as Saturday Night Live, 30 Rock and The Office, which will join Peacock in 2021.

Unlike most other major streaming services, Peacock offers a free tier, which includes ads, and a smaller amount of content than what is available on the $4.99 and $9.99-per-month tiers.

Peacock did not choose to delay its launch plans, even though the Olympics—for which Comcast and NBC control the broadcast rights in the United States—were postponed until 2021 due to the coronavirus pandemic.