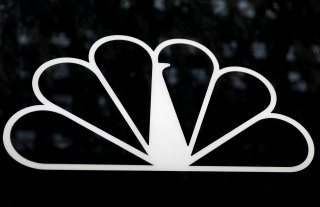 The quarantines that have resulted from the coronavirus outbreak may have caused the economy to take a major hit, but they've been a big boon to streaming services. A report this week found that all eight of the major existing streaming services have posted subscription gains since the current crisis began.

The existing services are set to get competition later this spring and summer, with the arrival of three new streaming entries. And according to a new report, the new services are planning to proceed with their launches as scheduled.

According to Adweek, Peacock, the upcoming service from Comcast-owned NBC Universal, is not delaying its launch plans, which will include a preview launch April 15 and a national launch date July 15.

Peacock is proceeding with this even though the Summer Olympics, to which NBC has exclusive rights in the U.S., has been postponed until 2021. The company had been planning to market Peacock in a huge way during the games, while also including Olympics-focused programming on Peacock itself.

The service, which will have both free and premium tiers, is named after NBC's longtime logo, which features a peacock's feathers.

Quibi, the short-form mobile-based streaming service that's set to launch April 6, is also planning to go ahead with its launch without delay, Adweek added. Quibi, unlike most of its streaming competitors, is not backed by a major entertainment conglomerate, but it has reached deals with a long list of big names, including Steven Spielberg, Jennifer Lopez, LeBron James and Guillermo Del Toro. Quibi, which will keep its programming below 10 minutes per episode, will have 50 shows at the time of its launch.

HBO Max, the upcoming service from Warner Media that will feature content from HBO and various Warner Brothers and Turner properties, has announced no plans to delay its launch date. However, the marquee attraction it was promising for the time of its launch, a Friends reunion special, has been delayed.

While they may have a chance to reap the benefits of more people being stuck at home for weeks or months, all of these services, as well as the existing ones, will eventually have to worry about delays in production of their shows.