OLED Is Not Just for Your HDTV (It Is Now Everywhere) 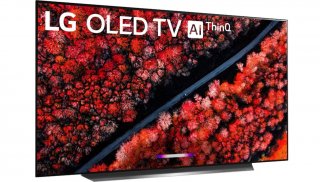 The category of mid-to-large size OLED panels, which are used in TVs, monitors, notebooks and other panels 10 inches and larger, saw a sales increase of 156 percent worldwide in the first quarter of 2021, to a figure of $145 billion.

That’s according to the research firm UBI Research, as cited by The Elec in South Korea.

“Shipment of OLED panels smaller than 10-inch was 140 million units during the quarter. This was an increase of 32.4% from a year prior. It was a drop of 13.5% from the fourth quarter, however. The panels are used in smartphones, foldable phones and smartwatches,” The Elec said of UBI’s studies.

“OLED shipment in the first quarter of 2020 dropped for the COVID-19 pandemic. For the fourth quarter of the same year, Apple’s launch of iPhone 12 helped OLED shipment.”

Smaller OLED panels are the ones that go in smartphones, and other smaller devices.

The same firm had reported, at the end of 2020, that shipments of OLED displays of all sizes had reached 577.88 million, a 3.7 percent increase over the year before, with TVs and smartwatches providing the biggest gains, OLED Info said. Revenues reached $1.86 billion.

OLED, for the last several years, has been among the major high-end formats for TVs, as well as smartphones and many other consumer electronics products. Even with some successor formats beginning to emerge, RTINGS’ current rankings of the top available TVs on the market are dominated by OLED TVs, with the ten highest-ranking models all OLEDs, from LG, Sony and Vizio.

Of course, one worry many have about OLED TVs is the prospect of burn-in, which is when  a part of the TV’s image has been on screen for so long that it remains on screen even after it shouldn’t be. This is different from “image retention,” also a problem with OLED panels, although the later issue is most often a temporary one.

One recent analysis showed that while OLED is undoubtedly real, most OLED TV owners won’t have to worry about it, provided they’re not merely watching the same thing every single day.

“So if the fear of the mere possibility of burn-in is your primary concern, the decision is simple: buy an LCD-based display instead. But know that you're sacrificing the best picture quality that money can buy,” CNET said of the continuing burn-in concerns with OLED models.