Over a Million Households Cut the Cord in the Second Quarter of 2021, Report Says 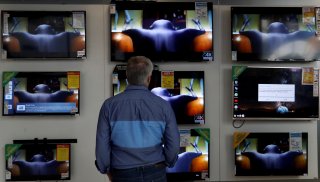 The cord-cutting trend, which accelerated in 2020, has continued this year, with more than a million pay-TV subscriptions being lost in the second quarter of this year. That’s according to a new report from MoffettNathanson, which released its Cord Cutting Monitor report, as cited by Light Reading.

The vMVPD sector, meanwhile, gained subscribers, adding 227,000, although it gained fewer than the sector had the same period in 2020.

“Once again, the vMVPD industry, now burdened by higher retail pricing, is only converting about 1/3rd of the traditional subscribers who cut the cord over the past year,” MoffettNathanson analyst Craig Moffett said in the report of that sector.

Moffett also noted that the losses for traditional pay TV, while continuing, are not as catastrophic as in the past.

“As measured by the absolute number of subscribers, declines for traditional Pay TV subscribers have begun to moderate,” Moffett said in the report. “In percentage terms, however, when measured against a steadily shrinking denominator, percentage declines are actually remarkably steady . . . With a smaller denominator, the percentage rate of decline at 7.7% YoY was little changed from last quarter (-7.9%) and from a year ago (-7.8%).”

The analysts also put the total number of households that have cut cable overall at about 38.5 million, noting that only about 12 million of those have signed up for vMVPDs. The rest, presumably, are making due with non-vMVPD streaming services only.

And the report also noted that the “glue” that has traditionally held many subscriptions together, live sports, may be beginning to slip, although that’s not a given.

"As we enter fall with the return of college and pro football, and with fans flocking to televised games, stadiums and mobile betting apps, sports viewership trends could improve," Moffatt said.

Another report, from Leitchman Research Group, came up with a similar number, claiming that 1.2 million subscriptions were lost in the second quarter.