Peloton Is Going to War Against QAnon 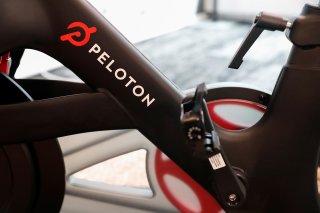 The false conspiracy theory known as QAnon — which posits that a cabal of celebrities and politicians is conspiring to traffic children, and that President Trump is preparing to round them up — has been the subject of a significant crackdown effort in recent months by social media companies.

Twitter announced a purge of QAnon-related accounts back in July, while Facebook got rid of the majority of Q-related groups and accounts last week, following an earlier move that had only blocked QAnon accounts that were specifically associated with violence.

Now, another, rather surprising tech company has announced a QAnon crackdown: Peloton.

Business Insider reported over the weekend that the at-home fitness brand has eliminated QAnon-related tags from its platform. Peloton allows its users to communicate with like-minded users by following certain tags.

"Peloton was built on community, inclusivity, and being the best version of yourself," a Peloton spokesperson told Business Insider, adding that the company has "a zero-tolerance policy against hateful content."

The Washington Post’s Drew Goins had noticed and tweeted about several Q-related tags on Peloton prior to the decision, such as #Q, #WWGonepelotonWGA, and #WWG1WGA. These are versions of “When we go one, we go all,” an established QAnon-related slogan.

Earlier this month, as pointed out by the same reporter, Rachel Greenspan, the digital marketplace Etsy had also banned QAnon.

In recent months, many QAnon followers have begun pivoting to such slogans as “save the children” and “save our children,” and even holding in-person rallies to that effect. These appear to be innocuous efforts in favor of child protection and against human trafficking, but in reality, are merely seeking to enforce established QAnon doctrine about the cabal engaging in large-scale kidnapping of children.

One Twitter user made an observation about the Peloton/QAnon tags, considering how expensive Peloton bikes are.

“So has anybody pointed out that the [people] who were making qanon groups on the peloton exercise bike social network (?) probably weren't radicalized by economic anxiety?”

Back in September, Peloton announced the arrival of its new Bike+, while also reducing the price of its previous bike. The company, seeking to “stoke demand as many gyms remain closed,” also announced a new treadmill product. The new Bike+ is priced at $2,495, with the previous bike now priced at $1,895.

“To grow our Peloton family even bigger, we’re excited to announce we’re adding two new products to our lineup, along with some fun class types offering different ways to combine cardio and strength training,” CEO John Foley said at the time. “Peloton offers all of our Members the best workout experience for a better value than you might realize, and we can’t wait for you to join our family.”