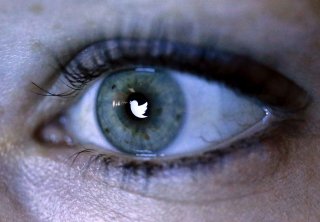 On the same day that several top conservative websites were dropped from Google’s search index and later restored—with the company calling it a mistake— another social network instituted a very real crackdown on one particular kind of right-wing account.

According to NBC News, Twitter on Tuesday banned 7,000 accounts associated with the QAnon conspiracy theory and limited 150,000 others.

The social network, the report said, “will stop recommending accounts and content related to QAnon, including material in email and follow recommendations, and it will take steps to limit circulation of content in features like trends and search.”

“As we work at scale to protect the public conversation in the face of evolving threats, we’ll continue to lead with transparency and offer more context on our efforts,” the @TwitterSafety network tweeted Tuesday afternoon. “These actions will be rolled out comprehensively this week. We will continue to review this activity across our service and update our rules and enforcement approach again if necessary… We’ve been clear that we will take strong enforcement action on behavior that has the potential to lead to offline harm. In line with this approach, this week we are taking further action on so-called ‘QAnon’ activity across the service.”

QAnon is a complex but baseless conspiracy theory, alleging that an anonymous message board poster is sharing inside information about Deep State conspiracies, mostly involving government sabotage of President Trump and child sex trafficking rings involving prominent politicians and/or celebrities.

The theory originally alleged that Robert Mueller’s probe of the Russia investigation was, in fact, a secret effort to help Trump root out his Deep State rivals, which is among many assertions that haven’t come through. More recently, QAnon-associated accounts have alleged coronavirus-related conspiracies, while also often tweeting bogus lists of politicians and celebrities who have been secretly arrested and/or executed. Another offshoot of the theory claims that John F. Kennedy, Jr., did not actually die in a plane crash in 1999, and in fact is secretly advising or directing the movement.

QAnon has found more and more purchase in the offline world. “Q” signs can often be seen at political rallies, including those of the president, while an analysis in The Atlantic earlier this year compared it to a religion. There are even multiple adherents to the theory running for Congress this year. Michael Flynn, the former Trump national security adviser, appeared to take a QAnon-related oath earlier this month.

Twitter suffered a major hack last week, in which the accounts of several major figures, including President Barack Obama and Tesla’s Elon Musk, were compromised in order to push a cryptocurrency scam. Last month, Twitter cracked down on a Chinese-based coronavirus disinformation network.