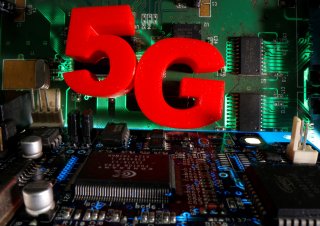 Ever since the coronavirus pandemic began, a bizarre conspiracy theory has been making the rounds that the towers that emit the fledgling 5G technology are somehow connected to the virus' spread. This has led to a trend, mostly in the U.K., of vandals attacking 5G towers themselves.

Per Business Insider, more than 75 towers had been set fire to throughout the U.K. as of earlier this week. Not all of the towers actually had anything to do with 5G signals, although those setting the fires believed they were, industry group Mobile UK told the site last month. There was even one report of a 5G engineer being stabbed, and others of workers being physically assaulted in the act of maintaining the technology.

There have also been reports, per Vice, of similar incidents everywhere from Ireland to The Netherlands to New Zealand.

The Toronto Globe and Mail reported this week that multiple "suspicious fires" have been reported at cell towers throughout Quebec. Police in that province did say that it's too early to say whether anti-5G protesters are responsible.

It was, however, enough for the prime minister of Canada to weigh in.

"Vandalizing cellphone towers does nothing but threaten emergency services and impact the daily lives of Canadians across the country," Prime Minister Justin Trudeau tweeted Wednesday. "These recent acts are serious criminal offences and carry severe penalties."

The 5G conspiracy theories are a successor of long-spread tales about cellular towers from previous generations of technology. This year, such celebrities as actor Woody Harrelson and John Cusack and musician M.I.A. have spread the 5G theories on social media, while the theory is also a staple of conspiracy videos on YouTube.

It should perhaps go without saying that there is zero evidence of any connection between 5G networks and the spread of coronavirus. Dr. Simon Clarke, a British scientist, described the theories as "complete rubbish," and stated that waves from 5G towers are "nowhere near strong enough to affect the immune system." The CEO of Verizon has also denounced the theories as “fake news.”

There do not appear to have any reports, at least thus far, of such 5G tower fires taking place in the United States.