Phosphine On Venus Could Mean Life: What Is Phosphine? 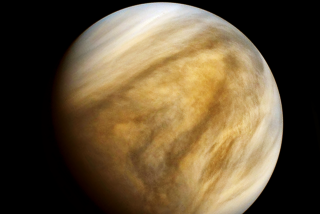 There’s been a surprising amount of reporting this year, in the mainstream media, about UFOs and other indications of the paranormal.

The media widely reported, back in April, that the U.S. Navy had released a trio of what were described as UFO videos. The videos emerged from Freedom of Information Act (FOIA) requests filed by none other than Tom DeLonge, the former singer of the band Blink-182, who went on to form an organization called To The Stars Academy. The New York Times had published images from the videos in 2017.

"After a thorough review, the department has determined that the authorized release of these unclassified videos does not reveal any sensitive capabilities or systems, and does not impinge on any subsequent investigations of military air space incursions by unidentified aerial phenomena.” The government has had stated the nature of the objects themselves, which remain “unidentified.”

On Monday, The New York Times reported, citing a pair of published papers in Nature, that “high in the toxic atmosphere of the planet Venus, astronomers on Earth have discovered signs of what might be life.” The findings are the result of neither three years of research, using the  James Clerk Maxwell Telescope in Hawaii.

While scientists have traditionally not suspected that life exists on Venus, astronomers have discovered signs of a chemical called phosphine in that planet’s atmosphere. The astronomers believe that “something now alive is the only explanation for the chemical’s source.”

“Our nearest neighbour, Venus, has cloud decks that are temperate but hyperacidic,” one of the Nature papers says. “Here we report the apparent presence of phosphine (PH3) gas in Venus’s atmosphere, where any phosphorus should be in oxidized forms.”

What, exactly, is phosphine?

“Phosphine is a colorless, flammable, and explosive gas at ambient temperature that has the odor of garlic or decaying fish,” the National Library of Medicine says. “Small amounts occur naturally from the break down of organic matter. It is slightly soluble in water. Phosphine is used in semiconductor and plastics industries, in the production of a flame retardant, and as a pesticide in stored grain.”

Per the Times, phosphine is found various places on Earth, including in our intestines and “the feces of badgers and penguins.” It even came up in a plot line on “Breaking Bad,” when it was used as a poison.

The work of the scientists, the Times says, must be followed up on, and the discovery is not proof of the existence of human-like aliens, or anything close to it. It’s also been traditionally difficult to send satellite or robotic missions to Venus, as the hot atmosphere of the planet “eats metal.”