QLED Has One Big Advantage OLED HDTVs Just Can Beat 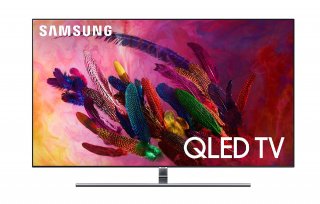 When you’re behind the eight ball in terms of picture quality, the best course of action is to start trash-talking your opponent.

Apparently, that’s what Samsung is thinking. It is pretty hopeless now to persuade the public that QLED TVs have better picture quality than their OLED counterparts. That’s because, tests after tests have shown, OLED TVs do stand alone at the summit, as they offer inimitable image quality, nearly perfect black levels, precise colors, wide viewing angles and outstanding uniformity.

As seen in this video, Samsung, while advertising its own QLED TVs as being “burn-in free,” can at least take pleasure in criticizing OLED TVs regarding the pesky issue of burn-in.

Ultimately, the dilemma is that all organic light-emitting diode screens can suffer from burn-in. And from what studies have shown, OLED screens are more susceptible to this particular issue than standard liquid crystal displays, including Samsung’s QLED models.

Burn-in occurs whenever a persistent part of the image of a screen, such as a channel logo or a scoreboard from a sports game, remains as a ghostly background no matter what else is being shown on the screen. These static image elements have “worn out” certain areas of an OLED screen’s organic materials faster than the rest of the screen.

Yet, as annoying as this can indeed be, OLED burn-in will likely not happen with normal use. In fact, most burn-in is actually image retention, which often disappears after a few minutes. In most cases, you’ll witness image retention long before it becomes permanent burn-in. It’s also a good idea to take proper precautions, such as making an effort to routinely change the channel, to avoid the hassle of dealing with burn-in.

Keep in mind that, although you won’t have to worry about burn-in, QLED TVs are basically LCD TVs with quantum dots, which are microscopic particles that when hit by light, emit a certain different colored light. The source of this light is the LED backlight (which OLEDs lack), and that light must pass through more layers, such as the LCD layer, to produce the images on the screen. Be aware that LCD screens, although very rarely, can develop image retention or burn-in, as individual pixels can permanently lose their ability to return to their relaxed states.

Through years-long efforts in improving QLED TVs, Samsung has created a new refined aluminum compound that can make the quantum dots more efficient, and the natural ability to produce more accurate colors. This technology, to a great effect, replaces the red, green and blue color filters that many older TVs used.

In the end, as always, it will be up to the consumer. There is that slight chance for burn-in, but you’ll get to enjoy on a daily basis all the goodness that OLED TVs have to offer. Or you could take the safe route and try to convince yourself that the picture quality of your QLED TV meets all of your viewing standards.