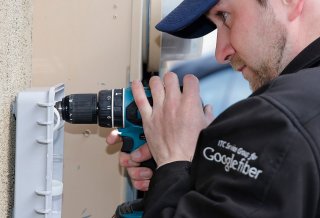 Google Fiber was launched in 2010, with an aim towards providing very fast Internet service in U.S. cities. The service was built out in the Kansas City area first, while also establishing a presence in Austin, Atlanta, parts of Utah and other places.

The service appeared to stall out around 2015, when Google restructured and established Alphabet as its parent company, and Google Fiber became part of the Access and Energy division. In 2016, Google Fiber stopped expanding, although it continued to provide service in the areas where it had launched.

“Google Fiber’s mission is to help all communities—big, small, urban, rural, and everywhere in between—get access to internet that’s fast, reliable, fairly priced and open,” the company said in a blog post Monday, authored by director of corporate development David Finn. “Today, we’re taking the next step on our journey, working with the city of West Des Moines, Iowa, to bring gigabit internet to their residents and businesses.”

West Des Moines, the post said, has been pursuing a “Strategic Plan” for fast and affordable Internet since 2016, and that Google Fiber is coming in as the first “tenant” on that network.

“Municipalities like West Des Moines excel at building and maintaining infrastructure. At digging and laying pipes under the roads, restoring and preserving the sidewalks and green spaces, reducing traffic congestion, and lowering construction disruption,” Finn said. “And for our part, Google Fiber is proud to be an internet company that specializes in providing a fast, reliable internet connection—along with the customer experience we’re known for.”

Google, in the post, also addressed its four-year hiatus from rolling out in new cities.

“West Des Moines marks our first new market in more than four years. During that time, we’ve been focused on improving our customer experience around speed, reliability, and service. Google Fiber has learned a lot in our first 10 years—we’ve made some good decisions, and we’ve made some mistakes. Yet, our commitment to provide high-speed, reliable internet while finding sustainable ways to build and deliver service and move the industry toward meaningful change has never wavered.”

Google Fiber ranked fifth in speed nationwide in PCmag rankings released in June, but it’s not the fastest one in Iowa. That honor goes to Cedar Falls Utilities (CFU), an obscure regional provider that ranked first nationwide in speed.