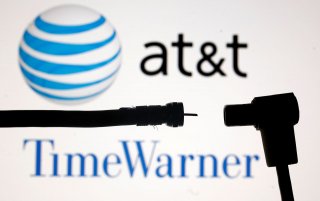 Nearly three quarters of consumers prefer to watch TV free with ads, 64% plan to reduce what they pay for subscriptions, and 42% say they plan to cancel cable.

That’s according to a new survey, released Tuesday, by Unruly, a video advertising platform. The survey, taken in July, interviewed 1,800 U.S. consumers.

Many of the results in the survey have to do with ad impressions, but it also found that the TV audience is rapidly shifting.

The survey found that 73% of those surveyed “would prefer to watch their favorite TV show for free with ads rather than pay for an ad-free experience.” In addition, 65% of those asked “actively seek ways to watch TV programs and films free of charge, which would appear to include password-sharing.

And the other key finding was that 64% of those asked “plan to reduce the amount they pay for TV services—44% plan to do so by reducing paid subscriptions and 42% plan to cancel cable TV.”

Many, clearly, have been doing just that. Based on publicly released earnings data compiled by Leichtman Research Group, Inc. (LRG), the fifteen largest cable and satellite companies lost 1.57 million video subscribers in the second quarter, after they lost more than 2 million in the first quarter of the year. The companies had lost 1.3 million subscribers in the second quarter of 2019, but in the pandemic, those numbers accelerated.

Even the vMVPD (Virtual Multichannel Video Programming Distributor) category, once seen as a saving grace for pay TV, has begun to struggle, as the services listed in the Leitchman survey lost a total of 24,000 subscribers in the second quarter.

“U.S. consumers’ pivot to CTV is an opportunity for brands to reach audiences at scale in a highly targeted, personalized way that has, until now, not been possible,” Terence Scroope, VP of Insights and Solutions at Unruly, said as part of the release of the survey.

“Following our acquisition by Tremor International, Unruly has shifted from an outstream video specialist to become one of the biggest video platforms in the world. From this unique position, we are able to help advertisers seize on the opportunities CTV presents like never before. Together, Unruly and sister brand Tremor Video, offer advertisers the most cutting-edge CTV advertising solutions.”

To be clear, for someone answering a survey to declare that they plan to get rid of cable is not the same thing as actually doing it. However, it’s also clear that long term cord-cutting trends, after years of hints, is now a bona fide phenomenon.