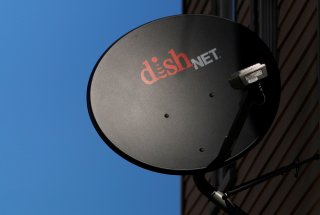 Leichtman Research Group, Inc. (LRG), at the end of the first quarter of this year, estimated that the 15 largest pay-TV subscribers in the U.S. lost over 2 million subscribers in the year’s first three months, as the early days of the coronavirus pandemic caused longterm cord-cutting trends to accelerate.

Now, the group’s numbers are out for the second quarter, and while the cable and satellite companies have continued to lose subscribers, it appears that the decline has slowed.

The numbers come from the earnings releases of the company, which were released throughout late July and early August. The total universe of pay-TV subscribers is now 82.4 million, with Comcast now leading with 20.3 million.

Of the losses, 500,000 came from cable providers, and  885,000 from satellite TV providers. The vMVPD (Virtual Multichannel Video Programming Distributor) sector lost a total of 24,000 subscribers, with Hulu + Live TV adding 100,000 for the second straight quarter, while Sling TV and AT&T TV Now lost 56,000 and 68,000 subscribers, respectively. That sector now has 6.4 million subscribers, although it gained  80,000 in the second quarter of last year. Google’s YouTube TV was not included in the totals, since the company did not announce a subscriber number for the quarter.

Of the listed providers, DirecTV lost the most, of 846,000, while Comcast lost 478,000, and Verizon Fios lost 83,000 subscribers in the second quarter. Dish, the other major satellite provider, lost 40,000 subscribers, leaving just over 9 million.

Comcast had lost 400,000 pay TV subscribers in the first quarter. Charter was the one cable company that gained subscribers, adding a net of 94,000. This was attributed, in the company’s earnings call, to Charter having offered free service during the early part of the pandemic, and many customers sticking with the service and beginning to pay for it. Charter now has 16.1 million subscribers, which is just over 4 million less than Comcast, but way ahead of Cox, which has 3.7 million.

This quarter marked the sixth consecutive quarter with over one million pay-TV net losses; still these losses were about a half million fewer than in 1Q 2020,”  Bruce Leichtman, president and principal analyst for Leichtman Research Group, Inc, said in the announcement.

“The pay-TV industry as a whole continues to rapidly lose subscribers.  However, the wide disparity in performance among top providers in the quarter demonstrates the significance of individual corporate strategies.”