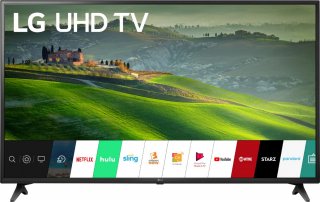 Not only do more than half of connected households in the U.S. own a smart TV, but smart TVs have become "the primary platform for video services at a time when content consumption is increasing dramatically." That's according to a new white paper by research firm Parks Associates.

It also found that customers are watching an average of 20 hours of video content each week on their TVs, an increase of nearly 40% from three years earlier. Consumption has also increased on other devices, including computers, mobile phones and tablets.

About one-third of broadband households use the smart TV as their primary streaming device, which is "nearly double the rate of streaming media players and computers," Parks said.

The white paper was produced in conjunction with Applicaster.

"The smart TV continues to improve its perceived value across a variety of key features and technologies," said Steve Nason, Research Director of Parks Associates, said in the release.

"Smart TVs are steadily improving their scores in ease of navigation and ability to find content or discover new apps, supplanting other video devices in the house to become the main source for video content. Enhancements such as an improved UX come at an important market inflection point, where consumers are watching more video at home while also cutting the cord on pay TV, leaving them to search for content on their own, across multiple services."

Parks Associates, in another study that was released earlier this month, found that while average connected households in the U.S. currently have 12 connected devices, that number is seen doubling to 25 by 2025. The month before, the same firm reported that two-thirds of connected households had at least one connected video device.