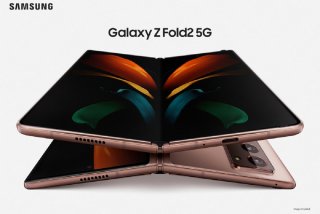 The Samsung Unpacked virtual event that Samsung held on August 5 was somewhat tepidly received, with the tech press criticizing the presentation of the event, and even expressing disappointment that the K-pop band BTS only appeared briefly.

But the one thing that drew a nearly universally positive reception at the August event was the Galaxy Z Fold 2, a new smartphone featuring a 7.7-inch screen that folded at multiple angles. And while Samsung announced pricing and release dates for the other products at that event, they stated that more would be announced about the Galaxy Z Fold 2 on September 1.

On Tuesday, Samsung held another event to officially announce the Z Fold 2. which the company calls “the next generation of its category-defining foldable device.” Folded, the company says, it’s a phone, and expanded, it’s a tablet. The Z Fold 2 offers a 6.2-inch cover screen and a 7.6-inch main screen, and has 5G capability and Android 10. Samsung, for the device, also promises All-Day Battery and Super-Fast Charging.

The Galaxy Z Fold 2 will cost the relatively high price of $2,000 and will arrive on September 18, with preorders opening on September 2. The device will be available in Mystic Black and Mystic Bronze, with four more colors—Metallic Silver, Metallic Gold, Metallic Red, and Metallic Blue—available on the “Hideaway Hinge” for those ordering the device on samsung.com. In addition, a special Thom Browne edition is available for preorder now, and will available September 25.

The new device allows for easy multitasking, including seamless drag-and-dropping from app to app.

As noted by Gizmodo, the Galaxy Z Fold 2 lacks a headphone jack, does not come with wireless earpods, and does not have an official water-resistance rating.

“Our journey towards the next generation of mobile devices is full of originality and innovation,” Dr. Taemoon Roh, President and Head of Mobile Communications Business, Samsung Electronics, said in the announcement. “With the launch of the Samsung Galaxy Z Fold2, we closely listened to user feedback to ensure we were bringing meaningful improvements to the hardware, while also developing new innovations to enhance the user experience. Further strengthened by our industry-leading partnerships with Google and Microsoft, we’re reshaping and redefining the possibilities of the mobile device experience.”