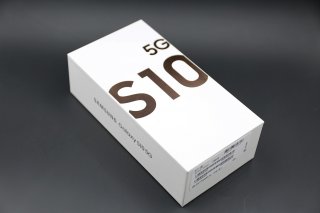 The market for 5G smartphones in the U.S. remains a relatively small one, with 5G not yet available in much of the country, and major players, most notably Apple, not yet in that market.

But the domestic 5G smartphone market remains dominated by Samsung, with the top three models all coming from that company. And 5G models have now crossed the 10 percent mark of the overall U.S. smartphone market.

“Others” took up the remaining 7 percent.

“U.S. 5G smartphone shipments reached a total of 3.4 million units in Q1 2020,” Ken Hyers, Director at Strategy Analytics, said in the firm’s announcement. “The 5G segment accounted for 12 percent of all smartphones shipped in the United States during Q1 2020, up from zero in Q1 2019. All 5G smartphone models for now use Android software, with Apple iPhone expected to deliver its 5G range later this year.”

A previous Strategy Analytics report put the worldwide market for 5G smartphones in the first quarter at 24.1 million, with demand highest in China. Samsung leads the global market with 34.4 percent, followed by several China-based rivals, including Huawei, Vivo, Xiaomi and Oppo.

The S20 5G line of phones became available in the U.S. in early March, after they were unveiled at the company’s Galaxy Unpacked event in early February.

The firm added that the Samsung S20+ 5G model is “popular with affluent professionals in major cities like New York and L.A.”

Other companies, such as Motorola, LG, and TCL, have unveiled their own Android-based smartphones in recent months, but none have managed to dislodge Samsung at the top of the niche.

However, Samsung’s dominance in the product category may prove to be short-lived.

“Of course, everyone is waiting for Apple to make its next 5G iPhone move, which we expect to happen later in the year,” Juha Winter, Associate Director at Strategy Analytics, said in the announcement. “Samsung and others must rapidly expand their 5G presence during the upcoming summer period, and grab as many 5G customers as they can, before the iPhone juggernaut lands in Q3 or Q4 2020.”