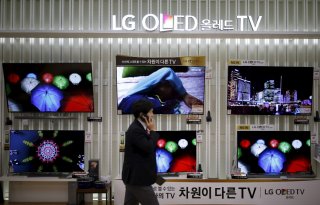 Samsung and LG, both based in South Korea, continued to lead in market share for the global TV market in the first half of 2021, according to new numbers from research firm Omdia, as cited by Yonhap News Agency.

The two companies “represented half of the global TV market in the first half of the year,” according to the report. Samsung accounted for 31 percent of the market’s sales revenue, while LG had 19 percent. Japan was third, TCL fourth, and Hisense fifth.

The report added that Samsung’s performance was led by surging sales of Samsung’s QLED TVs, which jumped 46 percent, while Samsung has a “dominant position” in the segment of TVs that are eighty inches and larger.

LG, for its part, moved 13.5 million TVs for a 25.8 percent increase. Of those models, 1.73 million were OLED TVs. That included 945,600 OLED TVs in the second quarter, the most LG has ever sold since the introduction of OLED TVs.

Meanwhile, Business Korea reported that Omdia also found the global mini LED TV segment is growing, with 4.9 million units expected to move this year. While it's still only 2.2 percent of the total TV market, it was just 0.02 percent a year before.

According to RTINGS’ current rankings of the best TVs available on the market, LG dominates the top of the list, with the top three spots and four of the top five. LG’s 2021 flagship, the LG G1 OLED, currently holds the top spot, followed by the LG GX OLED and LG CX OLED, both of which are from 2020. In fourth place is Sony’s A90J OLED, with LG’s BX OLED model fifth. The highest-ranking Samsung TV, the Samsung QN90A QLED, is in twelfth place.

Meanwhile, Samsung is reportedly getting set to introduce a new kind of TV next year, the QD-OLED TVs, which are expected to arrive at CES in January.