Is Section 230 About To Be Changed? 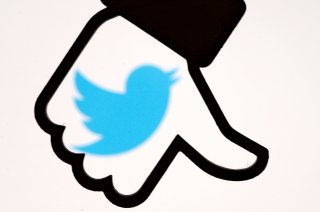 No subsection of any piece of legislation from the 1990s has likely gotten anywhere near the attention in recent months as Section 230 of the 1996 Communications Decency Act has.

Section 230 is a part of that 1996 piece of legislation, and the section stated that “no provider or user of an interactive computer service shall be treated as the publisher or speaker of any information provided by another information content provider.”

This has traditionally been interpreted to mean that tech platforms cannot be held legally liable for things posted by users.  If a user on Twitter or Facebook does something actionable on those platforms, the user can be held liable, but the platform cannot.

But that was before the Trump era, with a president who used Twitter (the service) in previously unseen ways, while also occasionally sparring with Twitter (the company.) In May, the president issued an executive order on “Preventing Online Censorship,” after Twitter blocked one of his tweets for the first time. Trump’s order also addressed Section 230.

“It is the policy of the United States that the scope of that immunity should be clarified: the immunity should not extend beyond its text and purpose to provide protection for those who purport to provide users a forum for free and open speech, but in reality use their power over a vital means of communication to engage in deceptive or pretextual actions stifling free and open debate by censoring certain viewpoints,” the order said. It also ordered that within 60 days, the attorney general should file a petition for rulemaking with the FCC.

FCC chairman Ajit Pai, on Thursday, announced that the FCC will move forward with rulemaking in regard to Section 230, while also pushing for legislative change.

“The Commission’s General Counsel has informed me that the FCC has the legal authority to interpret Section 230. Consistent with this advice, I intend to move forward with a rulemaking to clarify its meaning,” Pai's statement said. “Social media companies have a First Amendment right to free speech. But they do not have a First Amendment right to a special immunity denied to other media outlets, such as newspapers and broadcasters.”

There was immediately much criticism of Pai’s statement.

“Whoever told you that thing you keep repeating about how social media companies are ‘getting away with acting like publishers while being protected as platforms under Section 230’—that person misled you. I’m sorry,” Rep. Justin Amash, a former Republican who's now part of the Libertarian Party, tweeted Thursday. “‘Platform vs. publisher’ is just not a thing. Read the law.”

“The FCC does not have the authority to rewrite the law, and Ajit Pai can't appoint himself commissioner of the speech police,” Democratic Sen. Ron Wyden of Oregon said on Twitter.

Will the Pai order make any difference? Like so many things, that may depend on the outcome of the presidential election. The federal rulemaking process is something that tends to move slowly take a lot of time, and it’s unlikely such a change could be pushed through before Election Day, or even before the end of Trump’s first term.

But even if Section 230 is modified or even repealed, the social media platforms would likely still retain a First Amendment right to do what it sees fit in terms of speech on its platform.