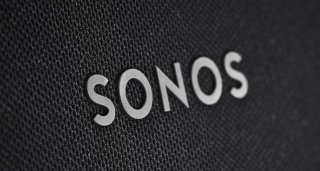 Audio brand Sonos announced quarterly earnings Wednesday, and the company posted revenue of $249.3 million, which represented a four percent decline over the same quarter the year before. That was ahead of the Zacks Consensus Estimate, per Zack’s.

However, the company lost $0.24 per share in the quarter, compared to the estimated loss of $0.29.

“This past quarter illustrated the strength of our culture and the Sonos brand. The adaptability and resiliency displayed by our team was inspiring, and makes me confident that Sonos will continue to thrive in the face of any challenges that come our way,” the company said in its shareholder letter.

“We delivered third quarter revenue of $249.3 million, down only 4% year-over-year despite the ongoing physical retail store closures. One of the key factors in our ability to achieve this was the investments we’ve made in our DTC efforts. We quickly adapted when physical retail stores started to close in the second quarter, and drove a 299% year-over-year increase in our DTC revenue in the third quarter.”

Sonos had also posted a loss in the second quarter of this year. The company is currently in litigation with Google.

The third quarter, which Sonos called the most recent one, featured both an “At Home with Sonos” campaign, and the launch of several new products: The Dolby Atmos-equipped Sonos Arc soundbar, as well as other speakers, and the new Sonos S2 operating system and app.

Sonos also announced in the earnings letter that its request for exclusion from the August 2019 Section 301 Tariff Action (List 4A) has been granted, and that its speaker and component products will be retroactively exempt, going back to September of 2019. This will lead, Sonos said, into $30 million in refunds.

The CEO, Patrick Spence, closed the letter by committing to “address our commitment at Sonos to do our part in order to change the systemic racism that exists in society” and, in a rare move in a quarterly investors letter, to link to a podcast hosted by Rashad Robinson, President of the antiracism activist group Color of Change.