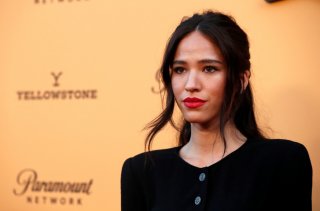 Yellowstone has emerged in recent years as one of the more popular shows on cable TV. Starring Kevin Costner and created by Taylor Sheridan and John Linson, Yellowstone tells the story of a family of ranchers in the West.

The series has shown three seasons so far, with the new ones debuting on the Paramount Network, and the older episodes streaming on Peacock. Paramount+, meanwhile, is developing a pair of spinoffs of the show, Y: 1883, and 6666.

There has been much speculation of late as to when exactly the fourth season of Yellowstone will be debuting. Each of the first three seasons premiered in June, of 2018, 2019 and 2020, but June of 2021 came and went without a new season or the announcement of when one might arrive. This, despite the series being renewed for a fourth season more than a year earlier.

Now, the mystery is finally solved: Per Deadline, Yellowstone’s fourth season will premiere on Paramount Network on November 7, with two episodes airing that night. In addition, a thirty-second teaser trailer for the new season has been released.

Meanwhile, the first spinoff, 1883, will arrive on Paramount+ December 19.

“Along with settling last season’s Yellowstone cliffhangers of whether or not ranch patriarch John Dutton (Kevin Costner) is alive after being gunned down, or his daughter Beth (Kelly Reilly) is still with us after her office was firebombed with her in it, or son Kayce (Luke Grimes) won his battle as he traded gunfire with masked mercenaries, Season 4’s first two eps will also serve as a launchpad for 1883,” Deadline said of the new season of the show.

“Our strategy is to make Yellowstone, the massive # 1 hit with more than ten million fans, into a global hit franchise under the incredible creative vision of Taylor Sheridan’s world-building storytelling,” Chris McCarthy, President and CEO, MTV Entertainment, told Deadline. “These new series will debut on Paramount+ and have special premiere day sneak episodes behind Yellowstone introducing this huge audience to these new stories, allowing us to leverage our linear platforms to fuel the growth of Paramount+ which will stream each series exclusively after episode two.”

MTV Entertainment is the division of ViacomCBS that develops much of its original programming, much of which is now developed for Paramount+ these days. MTV itself, the cable network, continues to exist, although it mostly airs hours of reality programming and almost none of the music video-related content for which MTV first became famous forty years ago.