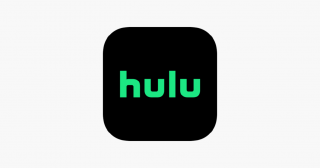 Already included were Pluto TV, Philo TV, Prime Video Channels, and other services. Amazon posted a video to its YouTube channel demonstrating the new look of the Live TV Tab.

"Fire TV offers a single destination to watch Live TV, offering an easier and more intuitive way for you to discover what’s on from multiple Live TV apps," the caption on the YouTube video says.

“We’re excited to welcome SLING TV, Hulu + Live TV, and YouTube TV into our integrated suite of Live TV discovery features,” Amazon said in a statement to the media, which was attributed to Sandeep Gupta, VP of Fire TV . “We believe the future of connected TV is one that brings live content forward, simplifies the streaming and OTT landscape, and enables customers to discover the programs they want to watch with ease,”

The Live TV tab was first announced just over a year ago, in June of 2019.

"We have created a single destination on your Fire TV on the ‘Live’ tab, which brings together your live sports, news, and channels from select OTT services, streaming apps (e.g. PlayStation Vue), paid subscriptions, and over-the-air antennas into one consolidated view," Amazon wrote in a blog post last year, although the feature has outlasted PlayStation Vue, which was discontinued in February.

The Verge reported that the YouTube TV integration will begin Thursday, while Hulu's will arrive over the coming weeks.

The addition of the services gives them opportunities for new subscribers. The vMVPD sector, of which Hulu + Live TV, YouTube TV and Sling TV are all a part, lost fewer subscribers than most pay TV services in the first quarter of 2020, with the Hulu service actually gaining subscribers; Sling TV lost 281,000 in the quarter.

Another vMVPD, FuboTV, announced financial results Wednesday. According to FuboTV's parent company, Facebank, the service now has 287,316 subscribers, which represents a 37 percent increase over the same time last year, although it does represent a drop from the fourth quarter of 2019. FuboTV announced last week that it was raising prices, that it had added channels from Disney but also dropped some from Turner.