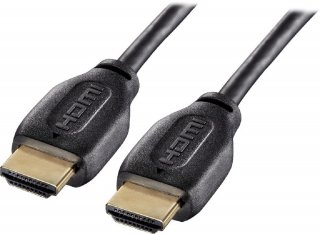 Peacock, the new streaming service from Comcast and NBC Universal, officially launched Wednesday, with a free tier that includes live channels and thousands of hours of movie and TV programming, as well as a $5-per-month Premium version, with even more content, as well as the channel’s original series.

The service, much like its rival HBO Max, launched without deals to be included on the Roku and Amazon programs. This left users of those platforms looking for workarounds—and one of them, it appears, does not work. Many users, including those who were watching English Premier League soccer telecasts that were exclusive to Peacock on launch day, noticed and pointed it out on social media Wednesday.

Some TV users who can’t get certain services on their Roku or other platforms will run the services on their computer and plug that computer into their TV with an HDMI device. But with Peacock, that workaround doesn’t work, and when users try it, they get an error message, with a picture of a cat and a message that says, “Something went wrong—sorry, your video configuration is not compatible with Peacock. Try disconnecting an external monitor.”

In a tweet, Peacock confirmed that HDMI connectivity is disabled.

“HDMI connectivity is not supported at this time,” the @PeacockCares account tweeted in reply to a user who posted that screenshot. “Users will not be able to view via external monitor connection. They will need to use their PC, mobile or one of our other supported devices directly.” That tweet was sent just after 3 p.m. Eastern on Wednesday, hours before a Bitcoin-related hack briefly disabled every verified Twitter account.

Peacock also put out a list of platforms that do carry Peacock, which includes most Comcast boxes, and some from Cox and Counter, along with Apple TV, Chromecast, Xbox One, and the smart TV platforms of Vizio and LG.

In addition, when TNI tried to screenshot one of the soccer games on Wednesday, it didn’t work, although it’s not clear if that’s an official policy for the service. Quibi, another streaming service that launched this year, drew criticism for not allowing users to screenshot its shows.