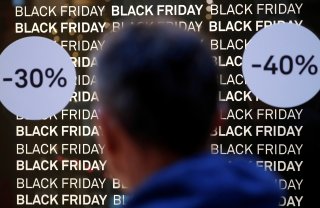 The research firm NPD Group earlier this month issued its forecast for consumer tech sales this fall, and looked into whether the industry can match its performance of 2020, which NPD’s Stephen Baker described as “probably the best year in the history of consumer electronics.”

NPD Group forecasts that the electronics industry will generate about $115 billion in revenue this year, although the firm sees the totals dropping to $105.7 billion in 2022 and $101.2 billion in 2023, once the “current revenue pop,” from the pandemic, begins to subside.

As for the holiday season, the current forecast is for the consumer tech industry to pull in $5 billion more revenue than 2019, and $1 million more than 2020. The increase is seen as the smallest since 2013.

“Consumers have [the] income to support a strong holiday selling season,” according to the group’s forecast. The forecast noted that Americans continue to have money from the child tax credit and stimulus, that housing prices are way up, and that credit card debt is down. All this combined is expected to translate into big tech purchases.

Baker also said that the end of the pandemic doesn’t mean that people are going to stop buying technology.

“Let’s be truthful—you may be outside, but what are you gonna do when you come back inside? You’re gonna watch television, you're gonna play games on your computer or your console, you’re going to look at your phone, you’re gonna text your friends, you’re gonna print pictures.”

As for individual products, NPD noted that the “big five” of headphones, notebook computers, smartwatches, tablets and TVs will comprise 55 percent of revenue for the industry, up from 44 percent in 2017, and 54 percent last year. TVs are expected to make up 20 percent of revenue, followed by notebooks (17 percent), headphones (9 percent), tablets (7 percent), and notebooks (4 percent.)

The forecast came on a YouTube discussion that Baker held, on NPD’s YouTube channel, with Joe Tarnowski of ECRM.

As for questions about continuing supply chain issues, Baker noted that the industry has shown year-over-year growth five quarters in a row, and “we could not continue to be doing that if we did not have enough inventory getting here to satisfy the customers.”

“We’re setting ourselves up for a decent holiday,” Baker said. “We’re all sitting on pins and needles, waiting to see what kind of demand is gonna be from consumers, what kind of supply there’s gonna be, worried about outbreaks in Asia and the factories, or the shipping challenges. But we probably all have a pretty good idea this year, a better idea, what kind of demand we can expect to see in Q4.”