Survey: Streaming Viewing Continues to Surge (However, There Is a Catch) 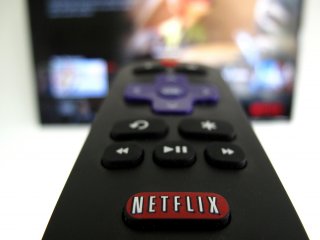 That streaming viewing has increased in 2020, due in part to Americans being stuck at home and a lack of outside entertainment options, is certainly no secret. A newly released survey shows just how much streaming has taken over entertainment.

The Q2 2020 State of Streaming Report from Conviva found that video streaming has begun to shift significantly towards smart TVs. Such streaming has risen 239 percent year over year, but that doesn’t mean more traditional modes of streaming have decreased. Use of connected TV devices such as Roku and Amazon Fire TV jumped 61 percent, while streaming via gaming consoles has risen 55 percent.

Growth of streaming did slow in May and June, as many shelter-in-place orders were lifted or relaxed.

In terms of market share, per Conviva’s data, Samsung TVs account for half of viewing time on smart TVs, followed by LG (23 percent), Vizio with (11 percent) and the overall Android TV category with 8 percent.

In terms of connected devices, Roku had half of the viewing time recorded by the survey, with Amazon Fire TV accounting for 29 percent, Apple TV 8.7 percent and Chromecast 7.3 percent.

The survey also found that more viewers are using YouTube on big screens. While 59 percent of viewing of the video site is still done on mobile devices, connected TVs and consoles now comprise 25 percent of YouTube viewing, a number that was only at 16 percent in the second quarter of 2019.

Advertising, however, has continued to struggle. "Streaming video advertising,” the report said, “saw a sharp decline in the past quarter with ad attempts in Q2 down 28% globally and 22% in the U.S. as compared to Q1 2020.”

“Unfortunately advertising moved in the opposite direction with global demand significantly reduced due to COVID-19. We expect advertising to bounce back in the coming quarters as the industry and viewers acclimate to a ‘new normal’ including streaming being part of the everyday routine.”

And when it came to sports, the survey said, social engagements by sports teams, in June, dropped more than 71 percent from their 2020 low, as none of the North American sports leagues began play until July. NFL teams, however, saw in spike in April, when the annual NFL Draft was held as scheduled.

Roku reported, on its earnings call last week, that its viewers spent more than 14 billion hours streaming during the second quarter of 2020. The service also has 43 million active accounts, which is a gain of more than 10 million from the same time the year before.