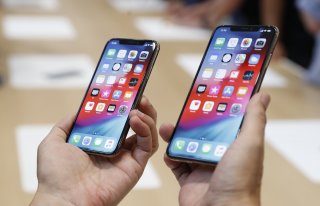 PCMag has released its annual ranking of the fastest wireless network, and in the twelfth version of the rankings, it has reported “a radically new landscape—and a surprising winner.”

The new winner is T-Mobile, according to Sascha Segan, an analyst for the magazine. The carrier, which emerged from its merger with Sprint, is described as “the only nationwide 5G that’s markedly faster than 4G.”

Testing it out required traveling around the country to test signal strength in different places. During the testing, “drivers traveled a total of 10,626 miles, surveying 30 major US metro areas and six rural regions to find out the state of 5G from AT&T, T-Mobile, and Verizon.”

The result? T-Mobile wins on 5G in most of the country. T-Mobile was the fastest in 5G in twenty-four cities and rural regions, compared to AT&T's eight and Verizon’s two.

T-Mobile had the highest “speed score,” of ninety-six, compared to AT&T with eighty-nine and Verizon with eighty-six. Verizon actually boasted the fastest download speed, with 2216.7 Mbps, although T-Mobile’s average speed was fastest.

“Since the merger between T-Mobile and Sprint, we now have three giant players in the United States. All of them are slapping up billboards promoting their 4G and 5G networks with words like ‘biggest,’ ‘fastest,’ and most reliable,” Segan said. “Back in 2010, as smartphones started to become popular, we began our independent gauge of the mobile networks to help people choose carriers based on facts, not ads.”

The magazine also described how T-Mobile emerged as the winner.

“This year, for the first time, that choice is likely to be T-Mobile. T-Mobile’s winning secret isn’t much of a secret: It's mid-band spectrum, which T-Mobile calls “ultra-capacity” 5G. Now covering more than 165 million people in cities large and small, these airwaves (bought with the Sprint acquisition) let T-Mobile’s network give consistent results between 150Mbps and 500Mbps of download speed. That’s far better than AT&T and Verizon’s 5G can do in most areas, and it secured T-Mobile’s win.”

Last year, AT&T had been named the fastest 5G network.

Segan also said why some T-Mobile customers may not have experienced such great speeds. It’s likely either because they don’t have a 5G phone yet, or because you live in a more rural area, where T-Mobile’s signal isn’t as strong.

“The carrier is doing great in the nation’s biggest metro areas, but when we look at small cities and areas away from interstate highways, especially in the western US, it's clear that T-Mobile has to do more work to get better coverage. In those regions, once again, AT&T dominated,” Segan said.

It hasn’t been all good news for T-Mobile of late, however, the company recently suffered a major data breach.