Is TCL Getting Ready to Make OLED HDTVs? 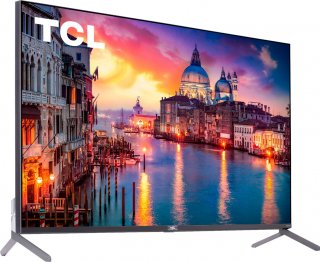 JOLED Inc., a Japanese firm that makes OLED displays, announced this week that it has reached an agreement with TCL CSOT, a subsidiary of the well-known Chinese manufacturer TCL, to "start joint-development of large-sized OLEDs for TV application."

In the deal, JOLED "will raise JPY20 billion in capital through a third-party allocation of new shares underwritten by CSOT-JAPAN."

20 billion yen is the equivalent of about $187 million in U.S. dollars. JOLED, which six months ago announced the launch of what it called the world’s first mass-production line of printed OLEDs, has reportedly been strapped for cash.

JOLED is a pioneer in "printed OLED," a manufacturing process for OLED panels which, since 2017, has been used for medical monitor applications. According to Flat Panels HD, JOLED has also provided small-to-medium-sized smartphones and PC monitors.

"While mass-producing medium-sized displays, JOLED will prove the adaptability and effectiveness of printing technology to large-sized displays through the joint-development with TCL CSOT," the announcement said. "By leveraging our proprietary RGB printed OLED technology, JOLED will continue to take on challenges with the aim of establishing a unique positioning within the OLED industry and fulfilling its mission of realizing a world full of excitement and emotions through its cutting-edge devices."

According to an OLED-Info post in early 2019, "inkjet OLED printing has the desirable ability to allow precision deposits without the use of a mask. It also produces less stray particles, thus boosting yields. These significant advantages make this technology interesting to many companies and virtually all OLED makers have active ink-jet printing development projects.”

The post also noted that “printing OLED displays is a relatively challenging task for many reasons,” including placing the correct number of drops of the active materials into the pixels.

TCL, which is part of the QLED Alliance, makes TVs with multiple technologies, including QLED TVs that are much more affordable than those available from market leader Samsung.