'Tenet' On Demand: You Are Going To Have to Wait 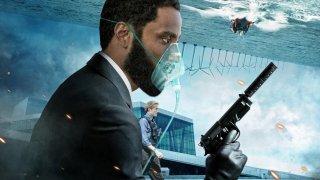 As Christopher Nolan can attest, 2020 has been a terrible year for cinema.

The famed director’s spy-thriller “Tenet”—originally scheduled for release on July 17 before the coronavirus pandemic wreaked havoc on the movie industry—has been beset by several delays already, but since hitting the theaters in late August, the film has performed relatively well.

It recently clawed itself past the $300 million (roughly $45 million domestic) mark globally, even as the U.S. box office appeared to be on the verge of collapse—with the parent company of Regal Cinemas, one of the largest movie chains in the country, announcing that it will close all of its theaters in the United States and United Kingdom due to the ongoing pandemic and Hollywood pushing major releases for the rest of the year into 2021.

Although featuring a loaded A-team cast that includes Robert Pattinson, John David Washington, Elizabeth Debicki, and Michael Caine, “Tenet” hasn’t enjoyed the same level of enthusiasm in the United States that is typically seen with Nolan’s other blockbusters like “Inception” and “Dunkirk.”

Because of the pandemic, audiences here seem more hesitant to return to cinemas, and those who are hoping to watch this film at home safely on a streaming platform—well, they are out of luck.

It is a well-known fact that Nolan strongly believes that his films were made to watch in the cinema. He has even gone so far as releasing 70mm and IMAX versions of his movies for the optimal cinematic experience. Moreover, Warner Bros., the studio behind “Tenet,” believed the film would be more profitable by launching in theaters rather than debuting on a streaming platform.

“Tenet” will surely arrive on streaming services eventually, but there is no guarantee that it will do so this year. There’s even a possibility that it won’t be available online until the second half of 2021.

Typically, a film like “Tenet” will get a cinematic release for roughly three months, then a release for DVD, Blu-ray, and video-on-demand should follow several weeks after that. Then three or four months later, the streaming option should finally get the green light. Of course, the current pandemic could perhaps ultimately change the ballpark timeline.

There is, however, another option that one could look at but is definitely not recommended. Variety has reported that copies of “Tenet” are circulating on piracy websites. The report, though, describes the online copies as “poorly recorded” and “of negligible quality,” and some even feature German and Korean subtitles. Oh, and yes, that is illegal.