Get Your Popcorn: AMC Theaters Will Remain Open, Despite Regal Closures 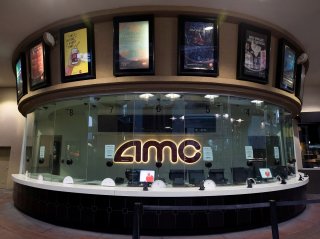 The parent company of Regal cinemas, one of the largest movie chains in the United States, announced Monday that it will close all of its theaters in the United States and UK, citing the pandemic and the move by Hollywood to push most of its major releases for the rest of the year into 2021.

Many expected Regals rivals to follow. But Cinemark said Monday that it’s not closing, and on Tuesday, AMC also said that it will keep its theaters open, both in the United States and Europe.

AMC has occasionally, in recent weeks, been announcing the percentage of its theaters that are open, a number that as of Tuesday is up to over 80 percent. However, some markets, including New York, are continuing to not allow movie theaters to open. This was a factor for Cinemark, per Deadline, as that chain has no locations in New York City and just one in the state of New York.

The release also mentioned several upcoming movie releases in October and November, which include The War With Grandpa, Yellow Rose, Honest Thief, 2 Hearts, The Empty Man and Come Play this month, and Let Him Go, Freaky, The Comeback Trail, Soul, The Croods: A New Age and Happiest Season next month. None of those are what could be described as major blockbusters, and there’s a chance that some or all of them might be moved off of their planned release dates, as Black Widow and No Time to Die already were.

“Some of our best partners like Disney, with its much anticipated Soul, and Universal with The Croods: A New Age, have new movies scheduled for theatrical release over the next month and a half. Warner Bros. produced Tenet, which has been stimulating moviegoers and is still leading the box office,” AMC CEO and President Adam Aron, said in a statement. “And this weekend, The War With Grandpa, a new movie title starring the legendary Robert De Niro, will be prominent all across the U.S. on the big screens of AMC.”

One difference between AMC and Regal is that AMC, earlier this year, reached a deal with Universal to shorten the window between theatrical release and premium VOD to as little as seventeen days. No other chain reached an agreement with any other studio following that deal, although there was speculation that such deals might become the new standard.

“Fortunately for AMC, our groundbreaking agreement with Universal Studios announced earlier this summer puts AMC in a position where we can open our theatres when others may feel the need to close,” Aron added in the release. “We are fully comfortable showing Universal films in our theaters, even as they implement premium video on demand as we have mutually agreed. This is because AMC will share in premium revenues coming from their early availability in the home.”