Trolls, Hoosiers and Woke: The Best of What’s Coming to Hulu in September 2020 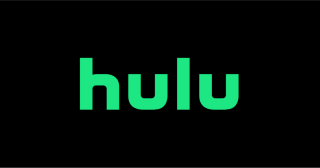 Hulu had a great spring and summer, debuting a variety of acclaimed hits, and now the service will have a chance to keep up the momentum in the fall. The best of what’s coming to the service in September of 2020:

“Any Given Sunday” (September 1.) Oliver Stone’s 1999 look at professional football, which starred Al Pacino as an aging coach and Jamie Foxx as a young quarterback, is flawed but enjoyable.

“Demolition Man” (September 1.) This action movie from 1993, featuring a rivalry between cop (Sylvester Stallone) and criminal (Wesley Snipes) that entails them both being cryogenically frozen and transported to the future. Directed by Marco Brambilla, the film also co-starred a young Sandra Bullock.

“Hoosiers” (September 1.) One of the most beloved sports movies of all time, this 1986 film starred Gene Hackman as a high school basketball coach in 1950s Indiana, in the true story of an underdog team who won that state’s championship.

“Man of La Mancha” (September 1.) Director Arthur Hiller’s 1972 adaptation of the popular Broadway musical from the late 1960s, which was based loosely on Cervantes’ “Don Quixote,” starred Peter O’Toole in the dual role of Don Quixote and Cervantes. It hits Hulu after not being available to stream for the last few years.

“The Twilight Saga” (September 1.) All four movies in the “Twilight” saga, Twilight, Eclipse, New Moon, and Breaking Dawn Part I and Part II, arrive on Hulu on the first of September.

“Trolls World Tour” (September 1.) The animated sequel was a big video-on-demand hit in the spring, which showed the power of premium VOD in the early days of the pandemic, and also set off a corporate standoff (since resolved) between AMC and NBC Universal. Now, it’s on Hulu, for the price of a monthly subscription.

“Woke” (September 9.) That word is all over political debates these days, for good and for ill. Now, it’s also a TV series, created by Keith Knight and Marshall Todd and starring former “New Girl” actor Lamorne Morris. The entire first season of the show will debut on Hulu on the 9th.

“Gemini Man” (September 18.) Last year’s movie, directed by Ang Lee and starring Will Smith in a duel role as the current and younger versions of himself, wasn’t a huge hit, but will have a chance for a second life when it heads to Hulu next month.

“Pen15: Season 2” (September 18.) The conceit of this show, which aired its first season in early 2019, is inspired. The two co-creators, Maya Erskine and Anna Konkle, play themselves as middle schoolers in the early 2000s, despite both being in their 30s; all of their classmates are played by actual teenagers. The show returns for season 2 in September.

“Fargo: Season 4” (September 28.) The latest season of FX’s oft-faithful TV adaptation of the Coen Brothers’ 1996 movie was set to air in the spring but was delayed, but will arrive on FX (and then on Hulu) at the end of September. The new season stars Chris Rock, with Jason Schwartzman and Timothy Olyphant also in the cast.